Images from the World Cup second semi-final between England and Australia in Birmingham, on Thursday. 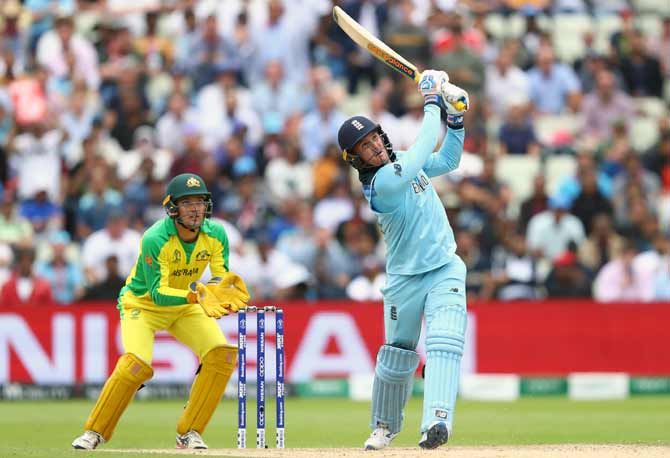 England snuffed out Australia's title defence and stormed into the Cricket World Cup final with a comprehensive eight-wicket victory over the five-times champions in the second semi-final on Thursday.

Eoin Morgan's men skittled out Australia for 223 before romping to their target in 32.1 overs in a lop-sided battle between the hosts and the holders at Edgbaston.

Jason Roy (85) and Jonny Bairstow (34) made the chase look like a cakewalk with their fourth successive hundred partnership.

Joe Root (49 not out) and Morgan (45 not out) completed the formalities for England with consummate ease.

England, who last made the final in 1992 when they lost to Pakistan, will meet 2015 runners-up New Zealand in Sunday's final at Lord's where new champions will be crowned. 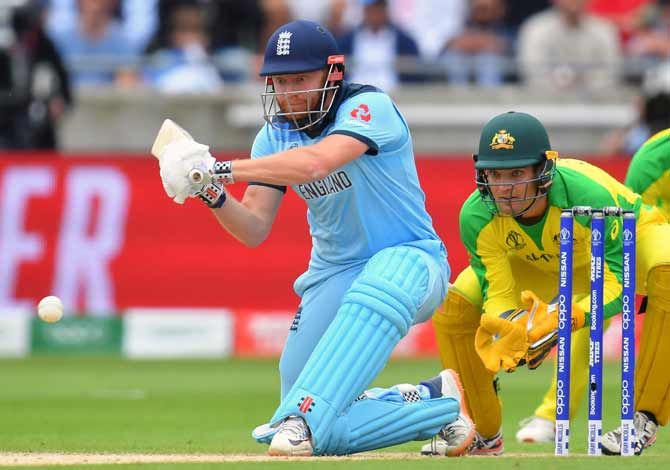 Roy and Bairstow batted with the kind of fearlessness which has been the hallmark of this England team.

Roy smashed his fourth consecutive fifty in the tournament, clobbering Smith for three sixes in a row.

Mitchell Starc, who made 29 with the bat, dismissed Bairstow and Pat Cummins denied Roy his century but the match had slipped through Australia's fingers by then.

"Having beaten India at this ground, we'd have come here with similar confidence, taken the momentum from the group stages," Morgan said.

"We talk about getting better and better, we set the tone from ball one and got on top."

"Looking back to where we were in 2015, it's a dramatic improvement. Everyone in the dressing-room can take credit. We want to make the most of the opportunity." 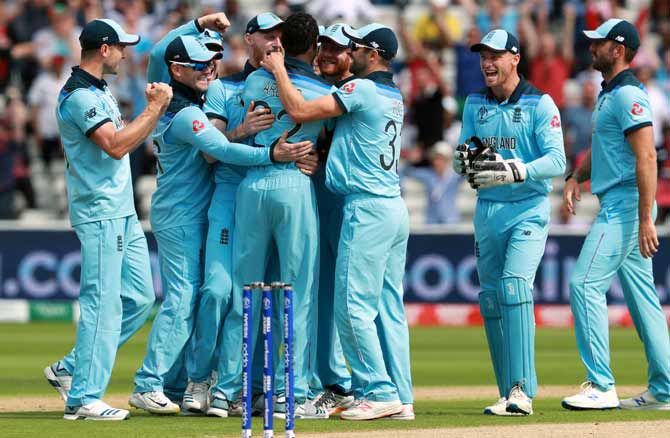 Earlier, Steve Smith saved Australia's blushes with a gutsy 85 to help the defending champions post 223 all out in 49 overs against England in the second semi-final of the Cricket World Cup at Edgbaston on Thursday.

Australia were on the ropes at 14-3 in the seventh over when Smith forged an obdurate century partnership with Alex Carey, who batted for the major part of his 46 with a bandaged jaw after sustaining a nasty blow on his chin.

IMAGE: Alex Carey, left, reacts after being hit on the helmet by a delivery from Jofra Archer. Photograph: David Rogers/Getty Images

Archer figuratively drew first blood with his first delivery to dismiss Finch before leaving Carey with an actual bloodied chin.

By then, the setback had snowballed into a full-blown crisis for Australia.

Woakes removed David Warner, Australia's leading scorer in the tournament, for nine and bowled Peter Handscomb who was making his World Cup debut as replacement for the injured Usman Khawaja.

Archer bowled with hostility, hitting a hopping Carey on the grill of his helmet and dislodging it from his head. 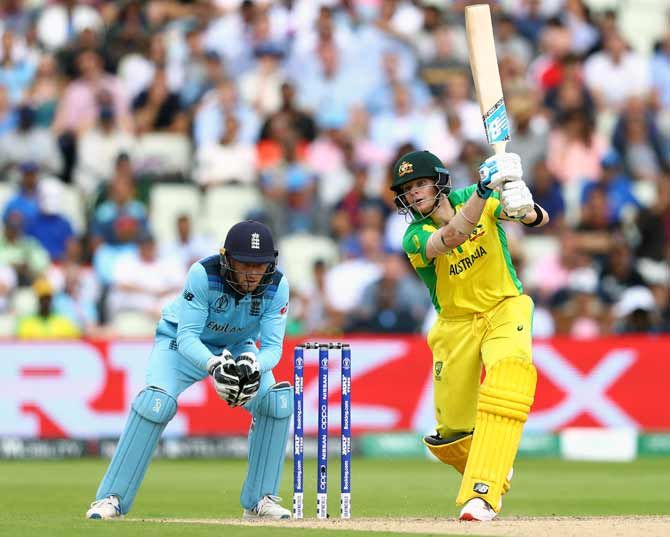 Carey braved the blow to join Smith in their dogged bid to arrest the free-fall and Australia reached the 100-mark in the 25th over before their middle order caved in.

Adil Rashid claimed 3-54, including the wickets of Carey and Marcus Stoinis, and Archer sent back Glenn Maxwell, who scored at a run-a-ball for his 22 before being deceived by a slower ball. 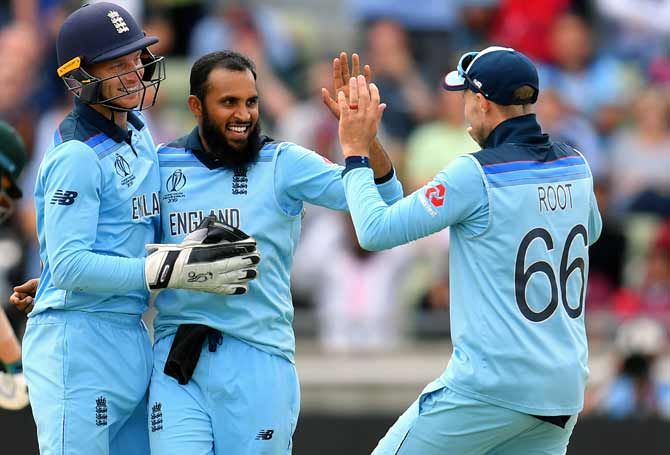 Smith was run out in the 48th over and Australia eventually folded with an over to go in their innings.

England have not reached the final since the 1992 World Cup and are chasing their maiden title.

The winners will take on 2015 finalists New Zealand in Sunday's final at Lord's.

© Copyright 2021 Reuters Limited. All rights reserved. Republication or redistribution of Reuters content, including by framing or similar means, is expressly prohibited without the prior written consent of Reuters. Reuters shall not be liable for any errors or delays in the content, or for any actions taken in reliance thereon.
Related News: England, PIX, Birmingham, Australia
COMMENT
Print this article 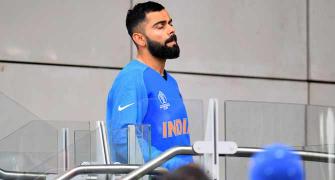 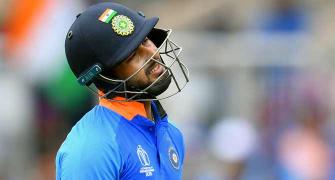 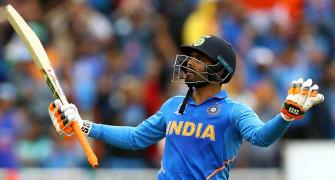 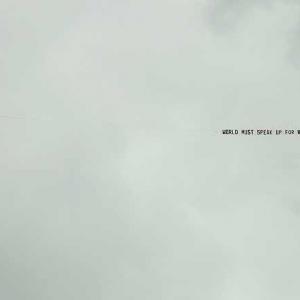 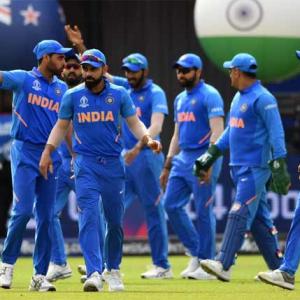