Images from India's training session in preparation for Thursday's match against the West Indies. IMAGE: Mohammed Shami goes through the motions with a football during Team India’s training session in Manchester on Wednesday. Photograph: BCCI/Twitter

Bhuvneshwar Kumar appeared to have attained full fitness as he did single-wicket bowling for a considerable time, with chairman of selectors MSK Prasad keeping wickets during India's training session on the eve of their World Cup clash against West Indies, on Wednesday.

At the batting nets, it was Mahendra Singh Dhoni -- not a natural sweeper of the cricket ball -- trying the stroke against slow bowlers.

The sweep is always considered an effective shot against spinners when conventional shots don't fetch runs. 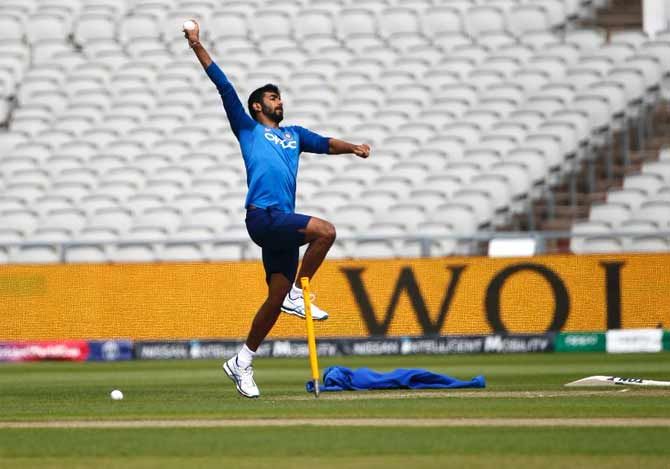 IMAGE: Jasprit Bumbrah bowls to a single stump in the nets. Photograph: BCCI/Twitter

Prasad later also collected powerful throws from the deep as reserve ‘keeper Rishabh Pant got an extended run at the nets and also practiced out-fielding, taking a few aerial catches.

While it's any indication or not can't be ascertained as Vijay Shankar is the Indian team management's first choice and they haven't shown any intent of changing it.

Thursday was the first time when Bhuvneshwar wore bowling spikes and bowled from a full run-up as Prasad, a former India ‘keeper, wore the big gloves.

The seamer, who sustained an injury during India's victory over Pakistan, seemed upbeat as he spoke to physio Patrick Farhart and bowling coach Bharath Arun. In fact, Arun made it clear that if Bhuvneshwar is deemed fully match-fit, he will replace Mohammed Shami despite the latters’ last-over hat-trick against Afghanistan.

However, there could be a possibility that India rests him for one more game.

"Bhuvneshwar's injury is not of any great concern. It is just a niggle for  which we didn't want to take a chance. And it was also an opportunity for us to plug Shami into the games. But the fact he's done exceptionally well all goes well for us; it's an embarrassment of riches," Arun said.

"And we would take a call as per the conditions, but Bhuvi has done exceptionally well, so I think it's a pretty good headache to have," he added, sort of hint as to what he thought. 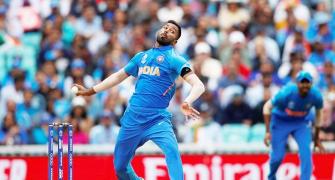 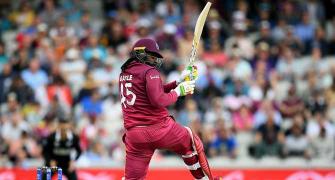 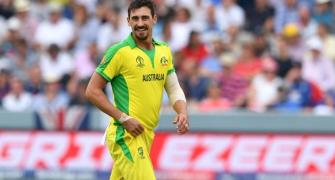 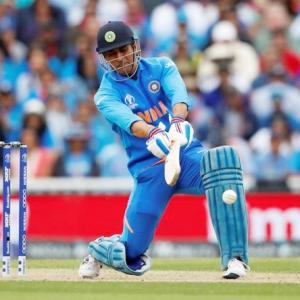 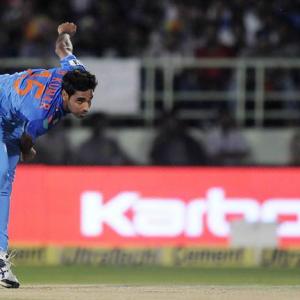