The atmosphere was electric and it was all happening at Edgbaston cricket ground in Birmingham on Thursday when India and Bangladesh faced-off in the Champions Trophy semi-final on Thursday.

While the fans added just the right dose of colour with the decibel levels hitting the peak around the ground, the players themselves were having some fun on their own -- pulling faces and what not.

Here is a look at all the drama and excitement from Edgbaston on Thursday. 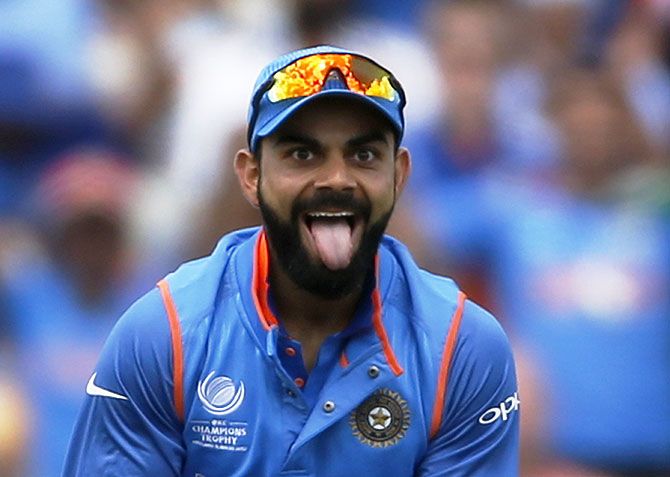 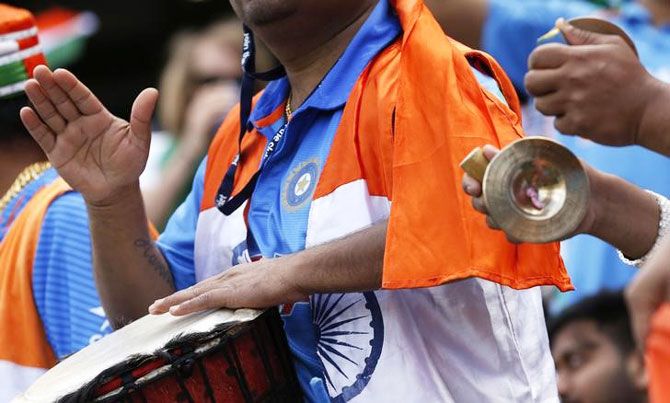 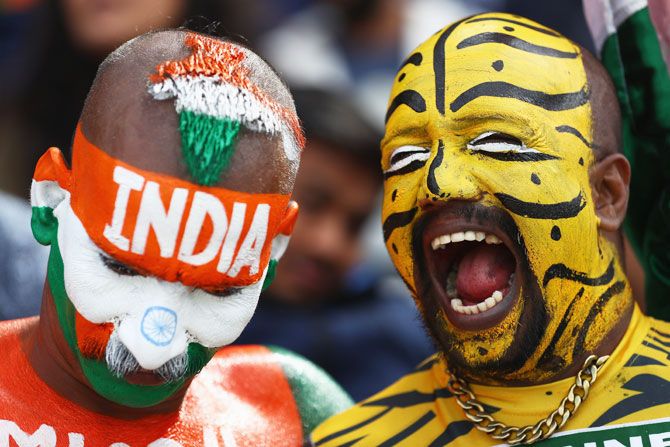 IMAGE: An Indian fan and his Bangladeshi counterpart enjoy a light moment as they watch the proceedings together. Photograph: Michael Steele/Getty Images 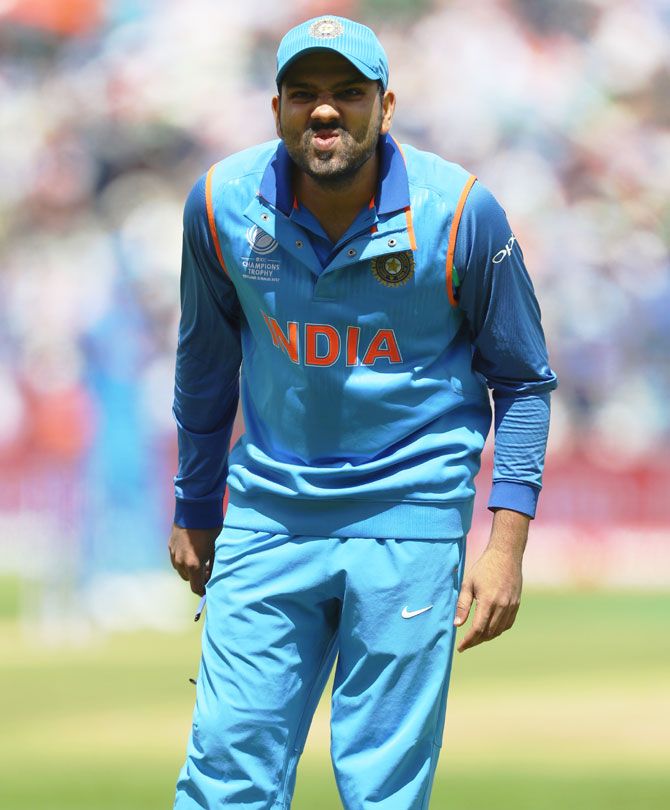 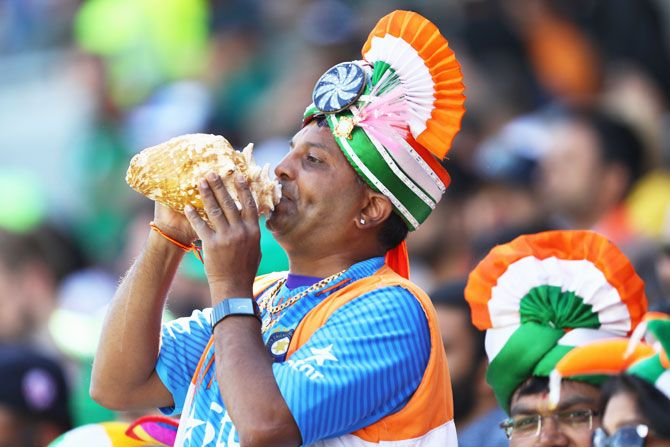 IMAGE: 'Make some noise for the desi boys' seems like this fan's mantra for the evening. Photograph: Michael Steele/Getty Images 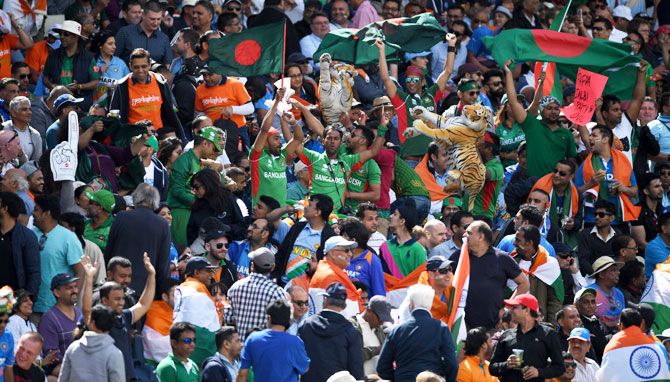 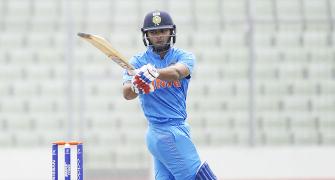 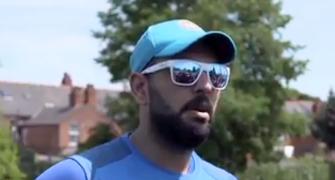 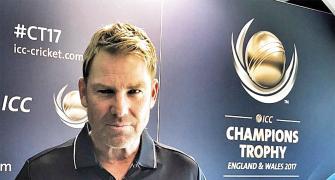 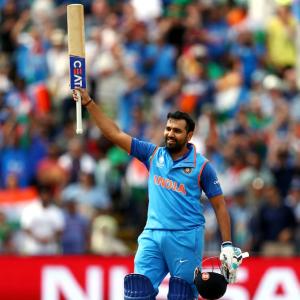