Continuing from where they left off on Sunday, India captain Virat Kohli and his Aussie counterpart Tim Paine were at it again.

Shortly before lunch, Paine and his Indian counterpart Virat Kohli were involved in a heated exchange which forced umpire Chris Gaffaney to step in.

The battle between the two continued after lunch. Paine was the first Australian batsman to fall just at the resumption of the third session -- he was caught by Kohli at slips off the bowling of Shami and was given a send-off  by the Indian captain.

"You're the one that lost it yesterday. Why are you trying to be cool today?" Paine told Kohli.

Kohli said something which couldn't be picked up by the microphones.

A couple of balls later, the warring duo almost came close to chest bumping when the India skipper walked in front of Paine while he was completing a run. 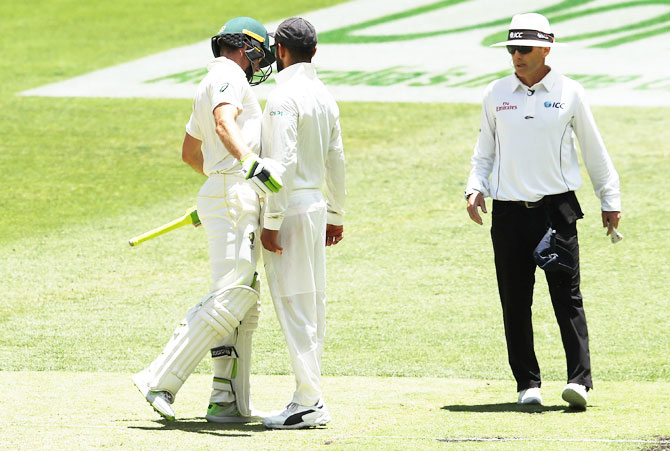 IMAGE: 'Excuse me mate' that's what Virat Kohli and Tim Paine seem to be requesting each other as they nearly bump into each other. Photograph: Ryan Pierse/Getty Images 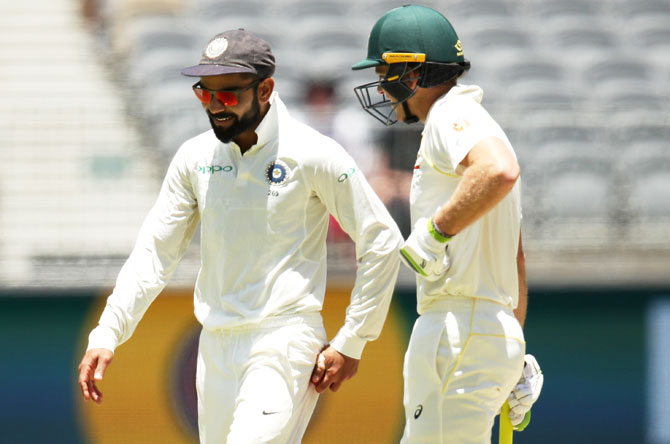 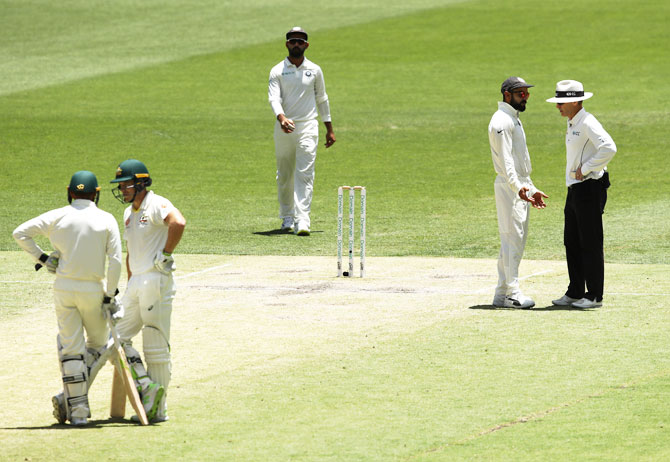 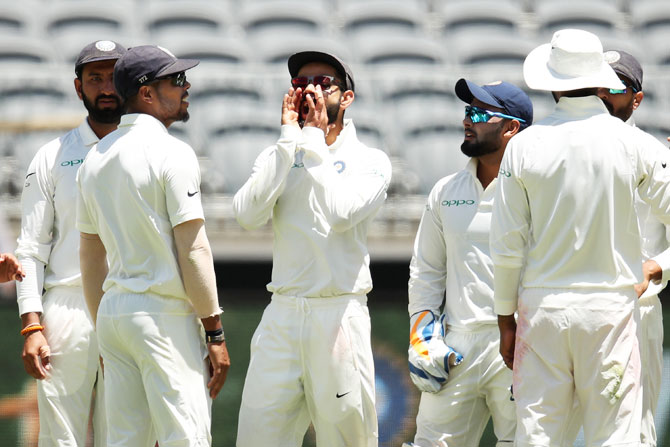 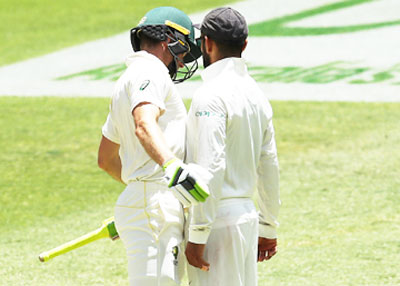 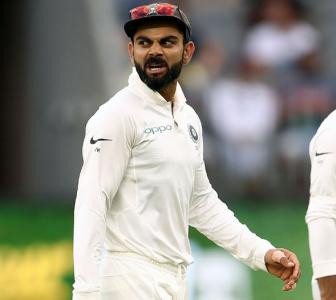 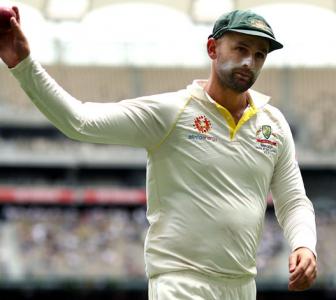 PIX: Battered Australia battle forth as they build lead on Day 3 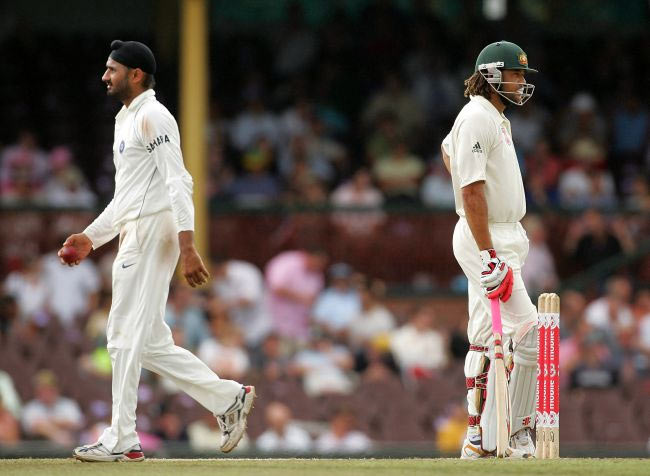