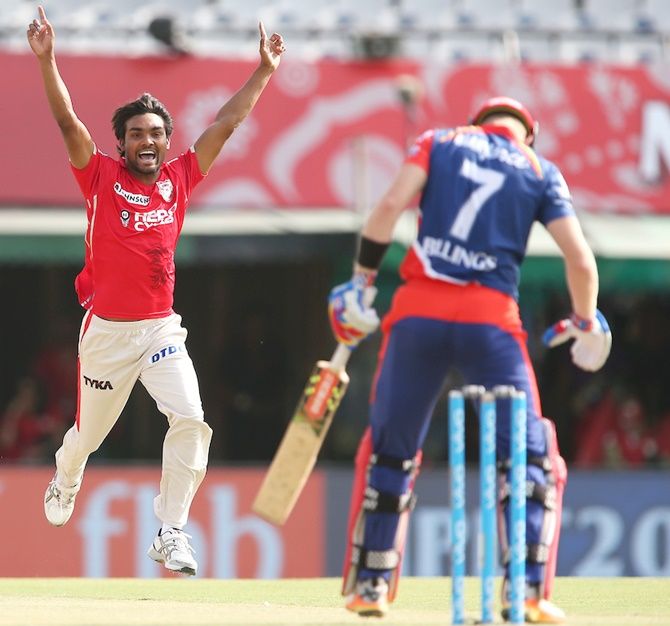 A lacklustre Delhi Daredevils suffered an embarrassing 10-wicket defeat following a pathetic batting show during which they were shot out for just 67 runs by Kings XI Punjab, in Mohali, on Sunday.

After bowling out Daredevils in 17.1 overs for the second lowest score in this edition of the Indian Premier League, the hosts knocked off the runs in 7.5 overs with Martin Guptill smashing 50 off 27 balls.

Daredevils slumped to their sixth defeat in eight games and are languishing at the bottom of the eight-team table. 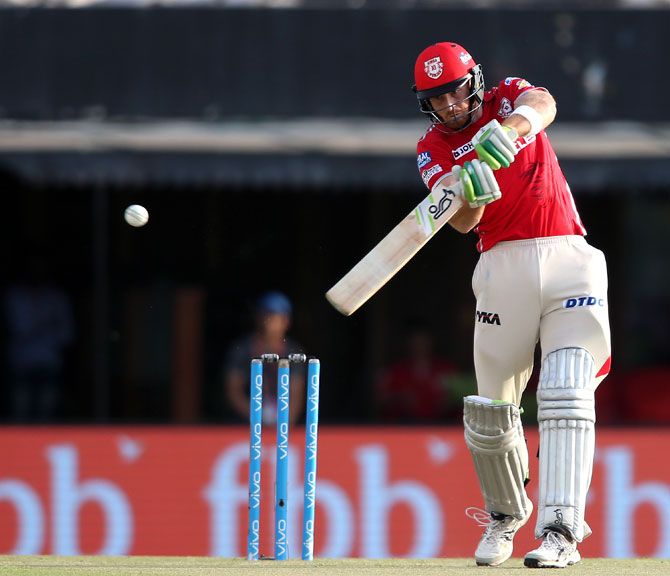 The match as a contest was over in the first 10 overs during which Daredevils were reduced to 33 for six.

Punjab's chase was a walk in the park with Guptill making a mincemeat of the Delhi bowling. With no pressure of a target, he used the Powerplay overs well.

Lacking quality in batting department with confidence hitting the lowest ebb, Daredevils looked like a rudderless ship with none of the batsmen getting past the 20-run mark.

The highest individual score was 18 from Corey Anderson.

This was the second lowest score in this year's IPL after 49 by Royal Challengers Bangalore. 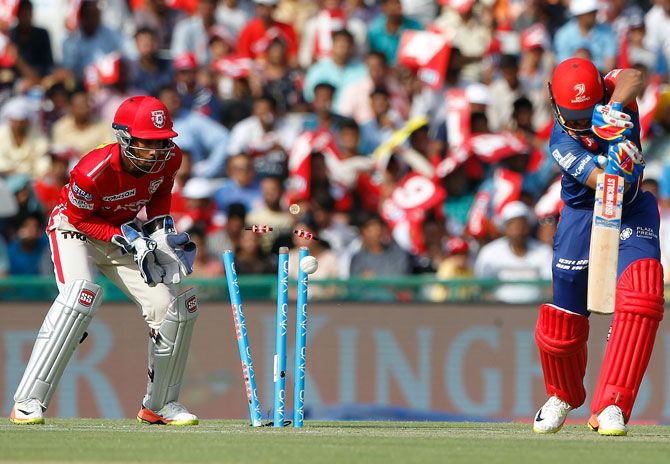 Injured Zaheer Khan did not play the match and in an inexplicable decision, the team management named Karun Nair as the skipper. Nair has been out of form since his triple hundred in Test cricket and did nothing to inspire the confidence of his colleagues.

Sam Billings nicked one behind off Sandeep Sharma, who registered splendid figures of four for 20, his first good showing in this year's IPL.

The two-paced track also made matters worse as Sanju Samson closed his bat face to a delivery from Sandeep that stopped on him.

Shreyas Iyer (6) also committed early to a delivery and Sandeep took a good return catch diving to his left. 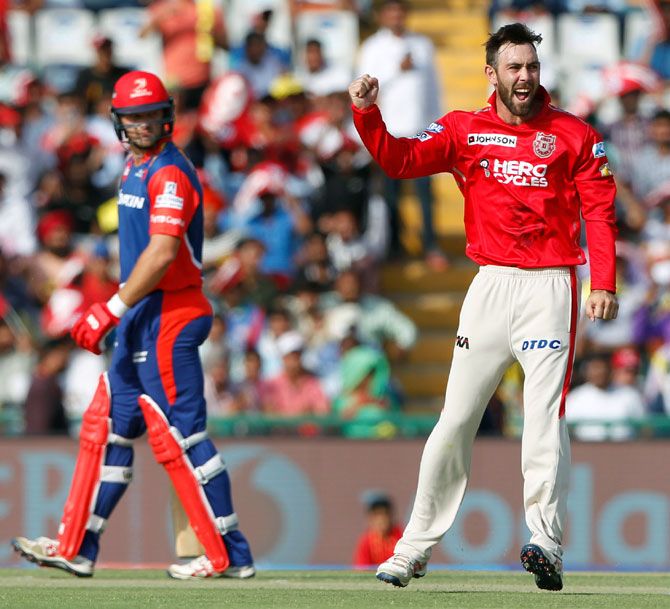 Out of sorts Nair, who led the team, dragged one back on to his stumps to be bowled by Axar.

Rishabh Pant (3) was trapped leg before wicket by Glenn Maxwell as the young Delhi batting line-up once again flattered to deceive.

The tailenders also failed to come to the party as Delhi failed to last their full quota of 20 overs.

The Delhi bowlers fared no better with the bat as Guptill went on the attack right from the start with Amla content to play second fiddle. The Kiwi opener hit six fours and three sixes in his 27-ball as Punjab cruised to an easy victory.