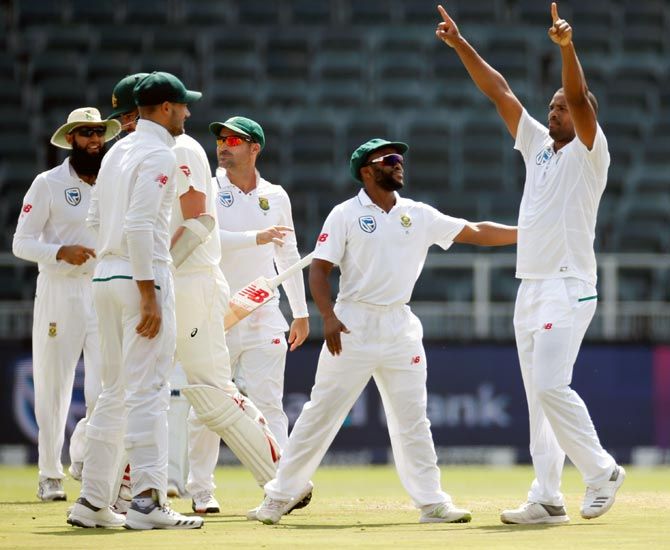 IMAGE: Vernon Philander, right, celebrates with his South Africa team mates after picking up the wicket of Chadd Sayers during Day 5 of the fourth Test against Australia. Photograph: Siphiwe Sibeko/Reuters

Vernon Philander grabbed six wickets in a devastating spell of seam bowling as South Africa crushed Australia by a record 492 runs to clinch the four-match series 3-1 on Tuesday, leaving the tourists with much soul-searching to do.

The scandal-hit tourists had promised to fight for a draw on the final day to end a controversial tour on a positive note but their resistance lasted just 83 minutes as Philander ripped through the batting order to finish with career-best figures of 6-21.

Australia were bowled out for a paltry 119 in their second innings to succumb to their heaviest ever loss to South Africa in terms of runs, their second biggest defeat against any opponent and the fourth biggest loss in Test cricket. 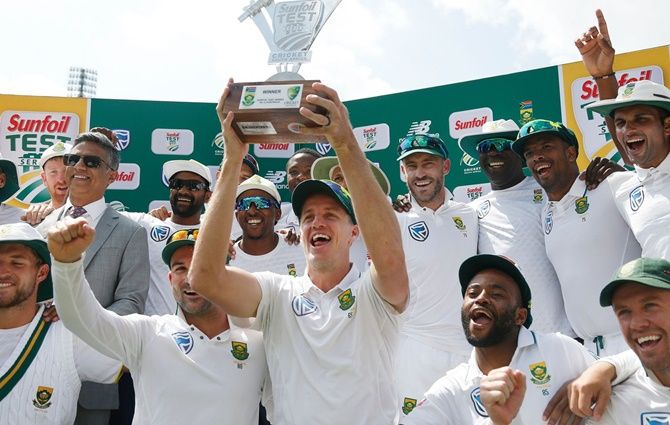 By contrast, South Africa completed their biggest victory over the Australians in Tests by runs, and sealed their first home series win over the demoralised visitors since 1970.

The Australian side have been rocked by a ball-tampering scandal in which former captain Steve Smith, his deputy David Warner and batsman Cameron Bancroft were sent home after the third Test before being slapped with hefty bans.

Since that incident in Cape Town, they scored 447 runs for the loss of 30 wickets as the 'mental disintegration' they are so famous for inflicting on opponents proved to be their own downfall. 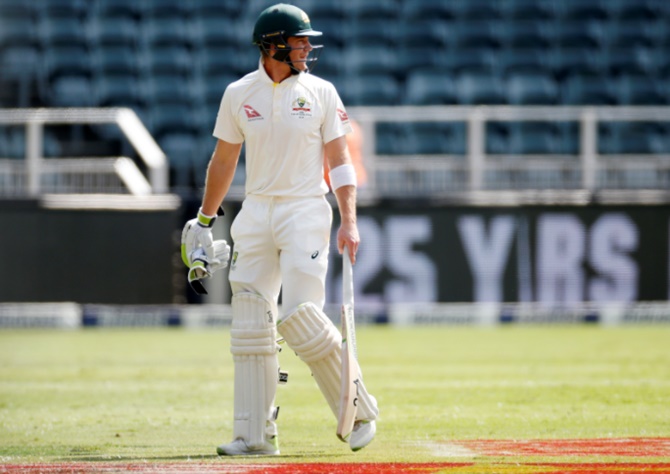 IMAGE: Australia's Tim Paine leaves the crease after he was bowled out by South Africa’s Vernon Philander. Photograph: Siphiwe Sibeko/Reuters

"I don’t think it was one day too many, it was probably a few … but there has been enough spoken about the week that we have had and we are disappointed with the way we handled it," new captain Tim Paine told reporters.

"This group had a chance to show some fight and determination today and we weren’t able to because mentally we weren’t quite there."

"At the moment there is a fair bit of disappointment and borderline embarrassment in our change room."

Paine conceded that South Africa had been the better side since Australia claimed a 118-run win in the opening Test in Durban and that the tourists had wilted under the pressure.

"The performance is concerning, no doubt about that. From the Durban Test match, South Africa outplayed us purely on skill," he said.

"But we have also got some guys here who have played international cricket for a very long time and they will have to step up again now that we have lost two of the best players in the world for the foreseeable future." 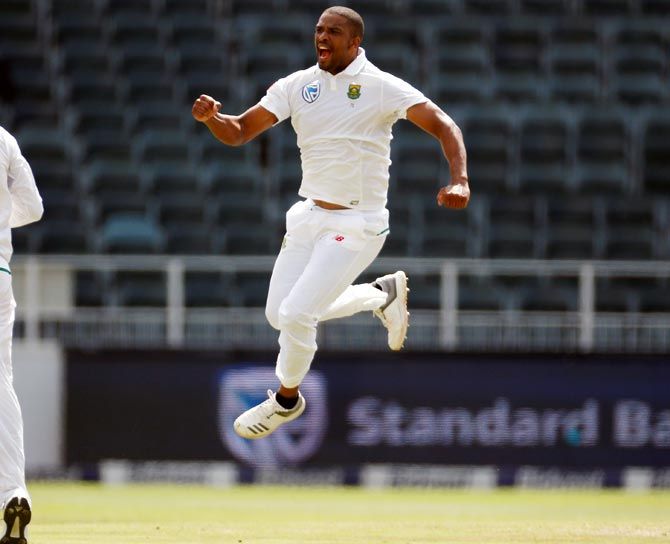 Philander took six wickets for three runs in 32 balls to carve through the tourists and keep fellow seamer Morne Morkel (2-28) wicketless on his final morning of international cricket before his retirement.

Australia resumed on 88 for three, but lost the Marsh brothers in the opening over as Shaun (seven) got an inside edge on to his pad and was caught by Temba Bavuma, and Mitchell was snatched by wicketkeeper Quinton de Kock, both off Philander.

Peter Handscomb (24) was bowled after chopping on to his stumps and Paine (seven) edged to De Kock as the tourists struggled to cope with Philander’s seam movement.

Pat Cummins (one) left a delivery that cannoned into his off-stump and Chadd Sayers (zero) edged to Dean Elgar at gully as the Australian innings ended in a rush of failures. 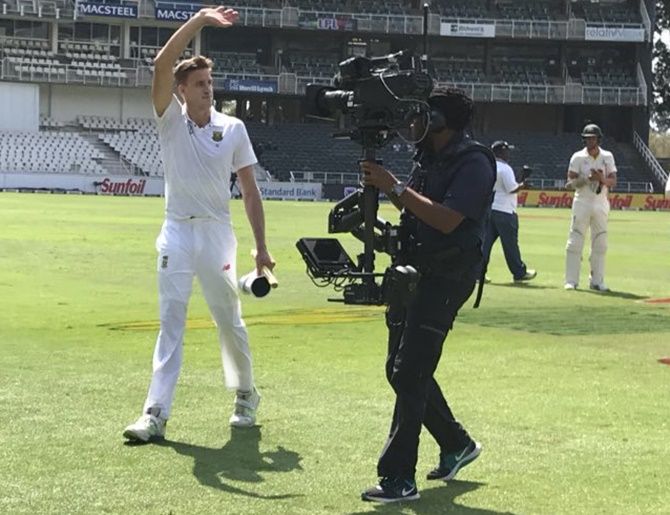 The match ended when Nathan Lyon (nine) was run out, a chaotic end to what has been a shambolic series for the Australians.

"This means a lot to us," South Africa captain Faf du Plessis said. "And I believe this is the best we have been right through a series. Credit to everyone that played their part, at various times a lot of guys put their hands up so we can say this was a collective team effort."

"We all know there were a lot of incidents in this series, but after each day I would sit in the dressing-room and sense that there was a calmness to our emotions and we were really just focused on winning games of cricket."

Tempers boiled over in the series on a number of occasions, but Paine said he was looking forward to sharing time with the South Africans.

"We have been invited in (for a beer), though it’s a bit early, it might be a coffee," Paine said.

"We have got some young players in our team who will learn a lot from going to have a beer with some of the experienced players in the South Africans have got. We are very happy to do that."

© Copyright 2021 Reuters Limited. All rights reserved. Republication or redistribution of Reuters content, including by framing or similar means, is expressly prohibited without the prior written consent of Reuters. Reuters shall not be liable for any errors or delays in the content, or for any actions taken in reliance thereon.
Related News: South Africa, Vernon Philander, Australia, Cameron Bancroft, Steve Smith
COMMENT
Print this article 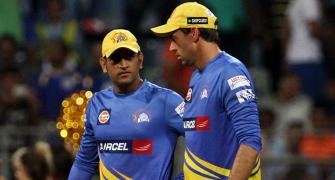 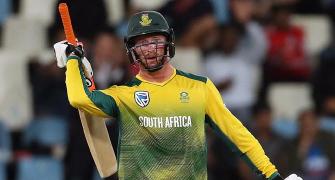 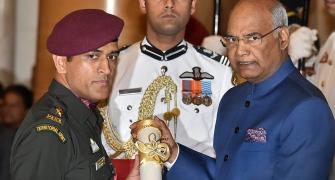 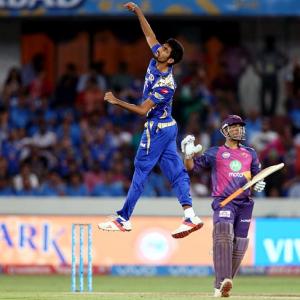 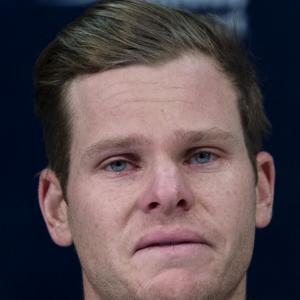