News
Business
Movies
Sports
Cricket
Get Ahead
Money Tips
Shopping
Sign in  |  Create a Rediffmail account
Rediff.com  » Cricket » 'Not right to play both Anderson-Broad in Tests'

'Not right to play both Anderson-Broad in Tests' 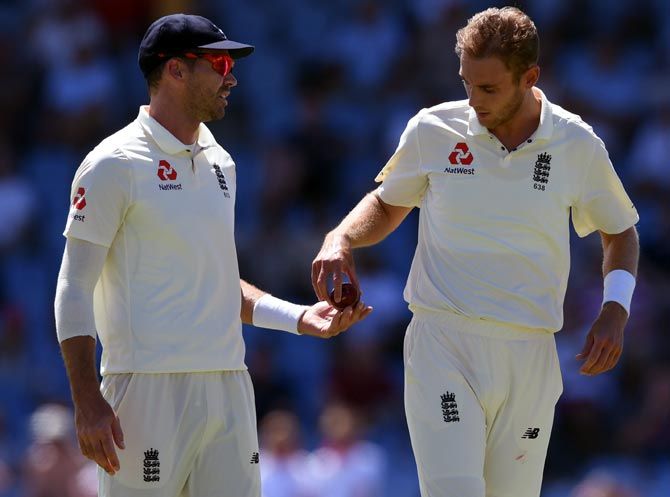 The days of James Anderson and Stuart Broad spearheading England's fast bowling attack are over, according to former captain Michael Vaughan.

The pair have taken more than 1,000 Test wickets between them with Anderson's 575 a world record for a pace bowler.

The 37-year-old Anderson, however, managed only four overs in this year's drawn Ashes series after aggravating a calf injury.

Broad, 33, excelled despite the absence of his usual partner and took 23 wickets at an average of under 27.

After more than a decade in which they have been used in tandem, Vaughan suggests playing one or the other is the way forward for England.

"They are not going to like it, but they are at that stage of their careers where England are going to have to manage the combination very smartly."

Vaughan also believes that England's sole focus now must be in trying to regain the Ashes in Australia in two years' time after drawing the recent series 2-2.

"I want to see a disciplined way of playing and the World Cup is in the bag now," Vaughan said.

"The most important thing going forward is the Ashes in two years. It is the Test team that needs a real focus over two and a half years of real dedication and structure."

© Copyright 2021 Reuters Limited. All rights reserved. Republication or redistribution of Reuters content, including by framing or similar means, is expressly prohibited without the prior written consent of Reuters. Reuters shall not be liable for any errors or delays in the content, or for any actions taken in reliance thereon.
Related News: Michael Vaughan, James Anderson, Stuart Broad, BBC Radio, England
COMMENT
Print this article 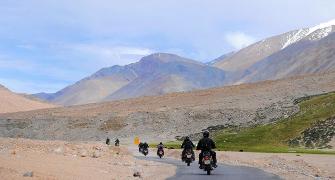 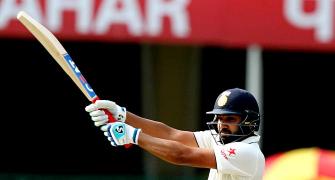 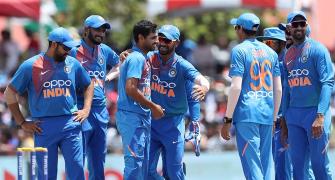 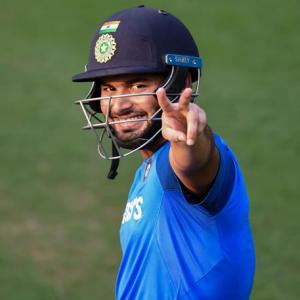 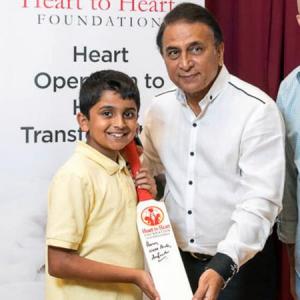