No cricket during high pollution! ICC set to issue guidelines...

'The ICC has noted the conditions in which Delhi Test was played and has already requested that the issue is considered by the medical committee for guidance should the situation arise in future.' 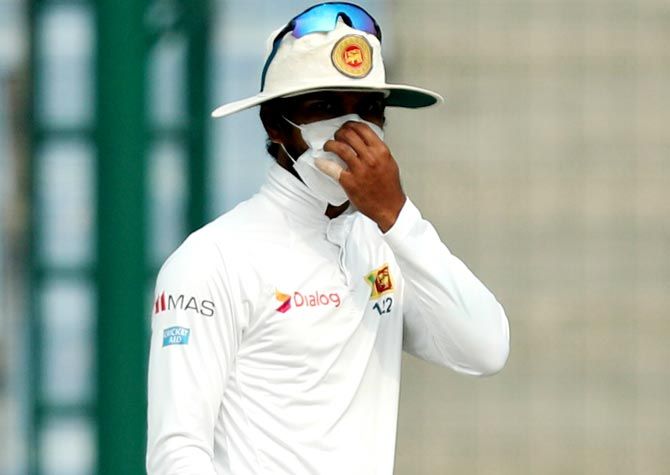 The International Cricket Council is likely to incorporate air pollution in its 'Playing Conditions' clause, having taken a serious note of the plight of Sri Lankan cricketers during the recently-concluded Test match against India in New Delhi.

The Sri Lankan players were seen fielding while wearing anti-pollution masks during India's innings with most of their players complaining of breathlessness. Their pace bowlers Suranga Lakmal and Lahiru Gamage also threw up due to uneasiness.

The ICC has decided to refer the matter to its medical committee, which has been provided the relevant reports as well as data of the prevailing air quality in Delhi.

"The ICC has noted the conditions in which Delhi Test was played and has already requested that the issue is considered by the medical committee for guidance should the situation arise in future. The matter is likely to be discussed in February's ICC Meetings," an ICC spokesperson said on Friday.

As a result, there could be a slight alteration in the clauses of the Playing Conditions, where the health hazard of players related to severe air pollution can be incorporated.

"In ICC's playing conditions, there is a separate sub-clause for weather. Since this is a first instance in the game's 140-year history that a Test match has been halted for 26 minutes due to air pollution. The situation as we all know is very unique in nature," a BCCI official said on conditions of anonymity.

Since the playing conditions never had any specific mention of air-pollution, it is expected that permissible AQI (Air Quality Index) limit to play competitive cricket will be inserted.

The Indian Medical Association (IMA)'s president Dr KK Aggarwal in a letter to the Board of Control for Cricket in India has also urged the Board to include a clause on atmospheric pollution.

Dr Aggarwal on his part also provided data as to how it was a serious health issue for players that the match was not stopped.

Source: PTI© Copyright 2021 PTI. All rights reserved. Republication or redistribution of PTI content, including by framing or similar means, is expressly prohibited without the prior written consent.
Related News: International Cricket Council, ICC Meetings, Board of Control for Cricket in India, Dr KK Aggarwal, Indian Medical Association
SHARE THIS STORYCOMMENT
Print this article 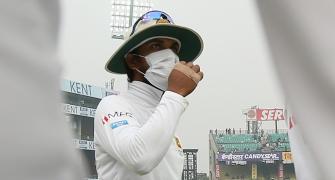 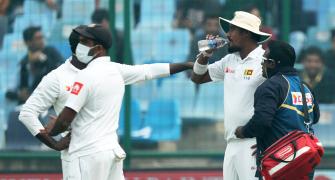 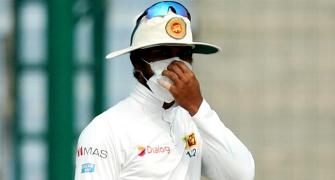 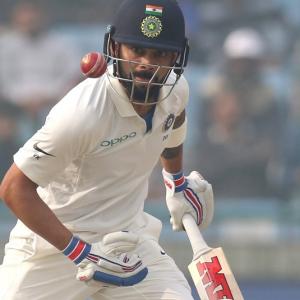