IMAGE: Shane Warne, who retired in 2007 with 1,001 international wickets, said compared to the bat, the ball used in cricket has not really evolved over the years. Photograph: Files

The traditional way of shining the ball by rubbing it with sweat and saliva to generate swing is likely to be discontinued on health grounds when cricket restarts after the pandemic has subsided.

Australian cricket-ball manufacturer Kookaburra says it is developing a wax applicator to enhance the shine and aid swing but Warne offered an alternative.

"Why can't the ball be weighted on one side so it always swings? It would be like a taped tennis ball or like with the lawn bowls," the former leg-spinner told Sky Sports Cricket Podcast.

"I'm not sure you'd want it to hoop around corners like Wasim (Akram) and Waqar (Younis) but it could swing and give the seamer something on flat wickets when it's hot and the pitch is at its flattest on day two, day three."

Pakistan greats Akram and Younis are considered the foremost exponents of reverse swing, which is generated by shining one side of the ball while keeping the other side rough.

A weighted ball would also pre-empt any ball-tampering, Warne said.

"You wouldn't have to worry about anyone tampering with it with bottle tops, sandpaper, or whatever. It would be a good competition between bat and ball."

Warne, who retired in 2007 with 1,001 international wickets, said compared to the bat, the ball used in cricket has not really evolved over the years.

"If you pick up one of the bats you started with in the '80s, and then one you used at the end of your career, it's like four of your old ones stuck together -- but the thing is lighter!

"So why has the ball not evolved? If anything, it has got worse."

© Copyright 2021 Reuters Limited. All rights reserved. Republication or redistribution of Reuters content, including by framing or similar means, is expressly prohibited without the prior written consent of Reuters. Reuters shall not be liable for any errors or delays in the content, or for any actions taken in reliance thereon.
Related News: Shane Warne, Akram, Younis, IMAGE, Wasim
COMMENT
Print this article 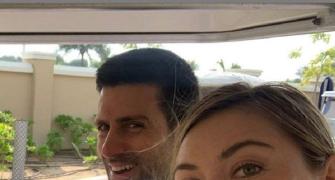 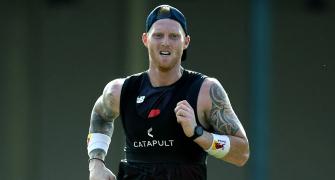 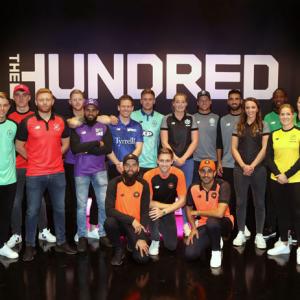 Morgan wants to use Ireland games as practice for WT20