‘We narrowly missed winning the cup, but the love people have showered on us has inspired us’

‘While we were going only two media people had come, but when we returned the entire country knew it’ The Mumbai Cricket Association (MCA) this evening felicitated members of the Women's Cricket team, which ended as runners up in the Cricket World Cup in England last month.

All the players were given a memento and membership of the MCA's facility at suburban Bandra Kurla Complex, while Mona, Poonam and Smriti were given Rs five lakh reward each as earlier announced by MCA.

In a nail-biting final, the Indian women's team lost to England at the iconic Lords.

Skipper Mithali remembered her difficult journey and said she started enjoying facilities which they received after coming under BCCI.

"The cricketers who are sitting back can watch women cricketers as role models. For us we have only seen men's cricketers. We have seen Sachin (Tendulkar), Kapil Dev play and those are the videos we watched. But this is a revolution and they (the budding women cricketers) can see Harmanpreet, Poonam, Smriti play," she added.

Harmanpreet, who played a splendid knock in the semi-finals against Australia to guide India in the finals, remembered that while they were going to the tournament only two media persons had come.

"While we were going only two media people had come, but when we returned the entire country knew it and that was an achievement," she said, adding, it was a message from Diana (Edulji) which pushed her to do well after not a good performance in the opening games.

Poonam Raut, who resides in suburban Borivili had played a valiant 86 run knock in the final.

Raut said the reception which they received on arrival was like a dream.

"We narrowly missed winning the cup, but the love people have showered on us has inspired us. Our goal is to win the next World Cup and we will surely win it," said Raut, an opener.

Mandhana recalled that as the side had gone 15 days in advance before the tournament started they were able to acquaint themselves with the conditions.

She expressed gratitude to the physios and trainers at the NCA who helped her recover from the injury.

Mona Meshram and Shelar too shared their thoughts. 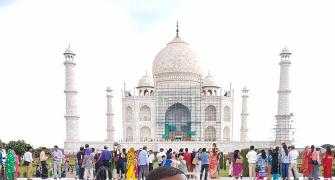 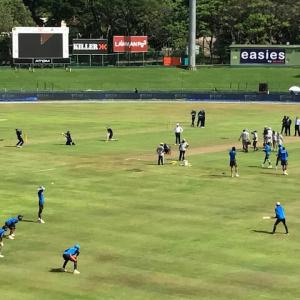