Napier: The score and more

After losing both the Twenty20 matches, the Indian cricket team moves to Napier for the first One-Day International of the five-match series hoping for a turn in fortunes.

Tuesday's match at McLean Park will be only the 76th ODI contest between India and New Zealand since rubbing shoulders with each other in the 1975 World Cup. India won 36 of those matches while New Zealand came on top in 35.

At Napier, India's record is not-too-encouraging, having won only one of the four matches played against the hosts there.

The teams meet again at the same venue in the second Test of the three-Test sweries from Mar 27-31.

Napier is a charismatic region where you can enjoy stylish historical architecture and wine in equal quantities. Hawke's Bay is loved for its sunny climate, fabulous beaches, sheltered coastal plains and long-established vineyards. One can ease into a pleasure-seeking style of life that will be hard to leave behind. The city by the sea, Napier is renowned for its 1930s Art Deco architecture. 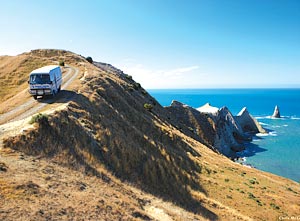 Blessed with a Mediterranean climate and over 2,200 hours of sunshine a year, this popular year-round destination boasts a vibrant cafe culture amongst the splendour of the Art Deco buildings. Napier oozes fun and adventure and a visit to the attractions of Marine Parade is a must. Marine Parade overlooks the Pacific Ocean and out towards Cape Kidnappers, home to the world's largest mainland gannet colony.

Note: The No Result tally also includes one tied match

While in Napier Don't miss:

Wildlife by the sea

Cape Kidnappers nature reserve is home to the largest and most accessible mainland gannet colony in the world. Known to Maori as takapu, these birds usually breed on islands.

From elegant Art Deco architecture to a settlement with the world's longest place name, Napier will capture your interest with amazing stories. Learn about the past, both ancient and recent, with a local guide.

Forest Reserves, huge stretches of coastline, Napier is equipped to deliver an amazing assortment of adventure 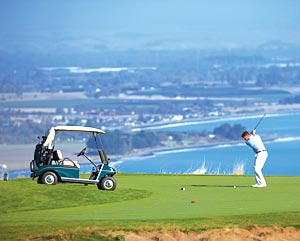 Cape Kidnappers has been hailed as one of the great modern marvels in golf and is currently ranked the 41st best golf course in the world by Golf Magazine. From the long driveway up the hill to the commanding views of Hawke's Bay, everything here is at a grand scale, and it was a challenge to build a golf course to match. Designed by legendary golf architect Tom Doak, the golf course challenges golfers of all skill levels.

Cape Kidnappers safari experience takes you to Hawke's Bay Cape Kidnappers Gannet Colony -- the world's largest, most accessible Gannet nesting place. It's the only way of being taken right to within a few feet of these remarkable birds - there is no walking required! Visitors to the colony will see adults and young nesting in serried rows carrying out their daily routine. On the ground, just a few feet away, the pairs preen and perform the dance of the gannets' recognition ritual.

To explore the great outdoors the journey must surely begin on Marine Parade, Napier's Art Deco front garden landscaped with architectural features and sculptures. Visit tranquil city gardens, the wide-open spaces of parks and enjoy the stunning scenery as you walk, run, cycle or skate along Napier's shoreline pathway.

Voyage out into the Bay on a charter boat - hook a fish, dive the beautiful Pania Reef or take an evening cruise along the city's waterfront. Take in a show at Marineland, New Zealand's only marine zoo, home to seals, sealions, penguins and more. Stroll through the National Aquarium for the ultimate underwater experience, an exciting and informative marine adventure.

Napier Art Deco City in Hawke's Bay Wine Country steeped in history, the city is sited in the midst of New Zealand's oldest wine growing region. All roads lead outward to the region's wineries. Only a stone's throw from the city, savour the experience of an extensive array of award winning wines. Enhance the natural partnership between wine and food with fresh appetizers of The Bay's bounteous produce to complement the region's wines. From each taste bursts the flavours, the colours, the aromas and character of Hawke's Bay Wine Country.