In major embarrassment for the Board of Control for Cricket in India, the International Cricket Council rated the track at the Vidarbha Cricket Association ground in Nagpur, on which the third Test between India and South Africa was played, as "poor", triggering a review of the performance of the pitch under the ICC Pitch Monitoring Process.

In accordance with Clause 3 of the Process, ICC Match Referee Jeff Crowe submitted his report to the ICC expressing the concerns of the match officials over the performance of the pitch.

The report has been forwarded to the BCCI, which now has 14 days to provide its response.

The pitch saw ample turn from the very first day of the Test, which India won by 124 runs.

After the BCCI submits its reply, ICC's General Manager – Cricket, Geoff Allardice, and the ICC's Chief Match Referee, Ranjan Madugalle, will consider all the evidence, including studying video footage of the match, before reaching their decision on whether or not the pitch was poor and if so, whether a penalty should be imposed.

The ICC said it will make no further comment until Allardice and Madugalle have reached their decision.

The pitch received flak from many former cricketers, including Australia's Matthew Hayden, England's Michael Vaughan, and a host of others.

However, India captain Virat Kohli and Team Director Ravi Shastri strongly defended the pitch, saying there was nothing wrong with it. 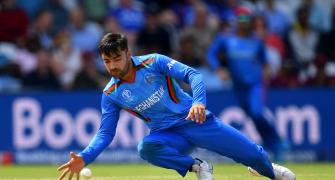