News
Business
Movies
Sports
Cricket
Get Ahead
Money Tips
Shopping
Sign in  |  Create a Rediffmail account
Rediff.com  » Cricket » 'My job is to take burden off the captain's shoulders'

'My job is to take burden off the captain's shoulders'

'I want to work as an enabler for things to happen.'

'When I was the captain, I realised that it was not just taking decisions on field but off it as well.' 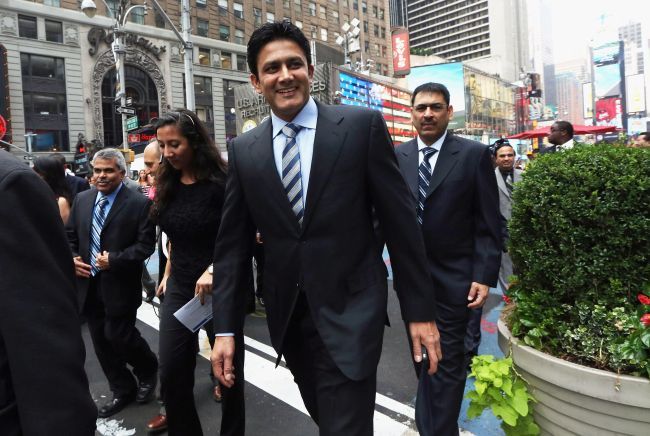 There is a lot of "influence of John Wright" in his style of working and India's new chief coach Anil Kumble would like to "convince rather than impose his ideas" on a young team.

"There is an existing set of players and I will first like to absorb everything. Hopefully then I will be able to convince them. If they don't buy it, they won't own it and the approach won't work. I want to work as an enabler for things to happen," Kumble told bcci.tv on Friday.

"I played a lot under John Wright (former India coach). He has been a great influence and that's how I would probably go about my job," said Kumble.

"As a Mentor of Mumbai Indians, I brought John in, as he understood a lot about Indian culture and how coaches work here. I will pick his brains. Gary Kirsten, of course, I was involved for a very short period. He also worked in background and didn't make himself visible. I also try and be behind the scenes," declared Kumble, categorical about his philosophy of coaching.

For him, coaching a cricket team is about taking the burden away from the skipper.

"As a coach, my job is to take burden off the captain's shoulders. There are cricketing as well non-cricketing decisions and this is where I can take a lot of burden off captain's shoulders. When I was the captain, I realised that it was not just taking decisions on field but off it as well. I would be looking to address those, so that burden from captains shoulders is lessened," he said.

Kumble believes that one is just not a coach on the cricket field but off it as well.

"You are not only a coach on the cricket field but I believe you are a coach off it also. My job will be to try and build personalities as well as leaders. There are wonderful talents and we can make leaders out of them. It's not a quick fix. There will not always be highs but one will see lows too. 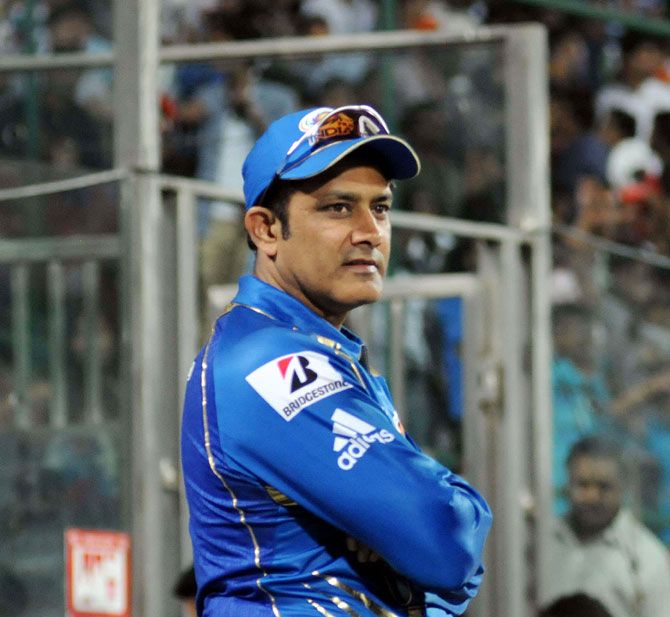 Kumble said it is great that the team will be having a short camp at Bengaluru before embarking on the tour of the West Indies, which will be his first assignment.

"The short term goal is (the) tour of West Indies. I have spoken to Virat (Kohli), and MS (Mahendra Singh Dhoni) I believe is on a flight back from

Zimbabwe. It will be nice to have a camp in Bengaluru. Getting 20 wickets will be the focus. We have an exceptional core in batting ready with Virat, (Cheteshwar) Pujara, (Ajinkya) Rahane, Rohit (Sharma), (Lokesh) Rahul and also Shikhar (Dhawan). Ishant (Sharma) is the senior-most Test cricketer in the squad. This team has potential driven by a young leader.

"We can do a long-term planning as there are lot of Test matches at home. We will like to improve our overseas record. I would be looking to address that during home series itself. About West Indies tour, it will not be different from Indian conditions although we are more Indian conditions are more comfortable."

Kumble said his main aim would be to create a healthy team environment which is conducive for playing consistent and competitive cricket.

On a different note, he said in jest that appearing for the interview (for Chief coach) was a "nerve wracking".

"It was a very different sort of interview. I had appeared for interviews for a few club memberships but not for job interviews. And to appear in front of your colleagues with whom you have played all your life, it was strange to present my case. It was nerve-wracking but great to present a plan, a blue print for Indian cricket."

He felt that this is the right time to take up the job as he is still fit enough to run around.

"This was the right time to get involved. Still fit enough to run around with the boys. I felt as a coach you need to get your hands dirty, train and be amongst them." 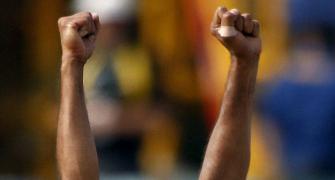 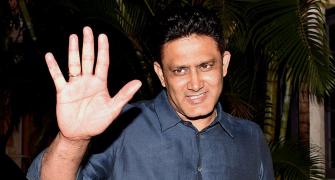 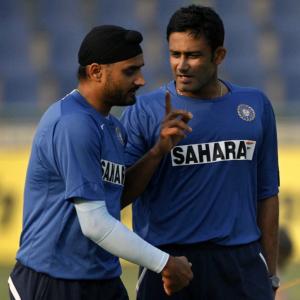 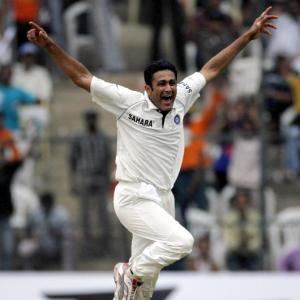