In a mind-boggling feat, Delhi Ranji cricketer Mohit Ahlawat smashed an incredible unbeaten 300 off just 72 balls, hitting an unbelievable 39 sixes, in a Twenty20 match at LalitaPark in New Delhi on Tuesday. 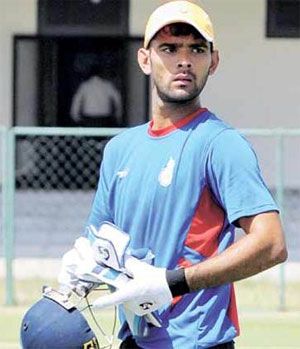 The 21-year-old Ahlawat, who has played three first-class games for Delhi, was playing for Maavi XI against Friends XI in the local Friends Premier League.

In those three matches, he managed just five runs.

Wicket-keeper batsman Ahlawat, who made his Ranji debut against Rajasthan last season, also punished the rival bowlers, striking 14 fours, as his side scored 416 for two in 20 overs and won the match by 216 runs.

The size of the ground and quality of bowlers though is unknown.

Before Ahlawat, Dhanuka Pathirana held the record of highest score in a T20 game as the former Sri Lankan domestic player scored 277 runs off just 72 balls in Lancashire’s Saddleworth League.