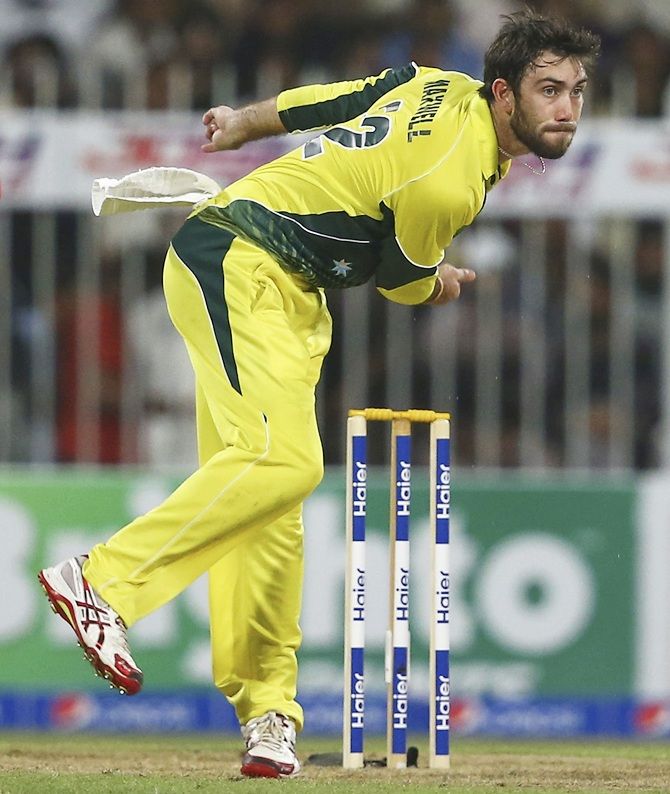 Part-time off-spinner Glenn Maxwell took two wickets without conceding a run in the last over as Australia edged Pakistan in a low-scoring thriller to win the third and final One-day international by one run in Abu Dhabi on Sunday.

Pakistan needed two runs off the last over with two wickets in hand but Maxwell bowled Sohail Tanvir (10) with his second delivery and had Mohammad Irfan out caught on the last ball to spark wild celebrations among his team mates.

Needing 232 to win, Pakistan were all out for 231 with a look of disbelief on the faces in the team dressing room and the sizeable crowd.

"Wasn't going too well until the last over. Got a bit of luck at the end and it was a good win at the end," man-of-the-match Maxwell said at the presentation ceremony.

"He (captain George Bailey) was just saying don't get hit for runs."

Left-arm paceman Tanvir, who came into the team as part of many changes in the Pakistan side for the dead rubber, led the bowling attack with three wickets for 40, which helped restrict Australia to 231 for nine in 50 overs.

Pakistan lost wickets in clusters in their chase after a bright start from Sarfraz Ahmed (32) and Ahmed Shehzad (26), who added 56 runs for the first wicket.

It was left to Asad Shafiq (50) and Sohaib Maqsood (34) to resurrect the innings with a fourth-wicket stand of 74 after the side had lost three quick wickets.

Pakistan suffered another mini collapse to be reduced to 164 for six before Umar Amin (19) and Anwar Ali (14) calmed the nerves with a 30-run partnership for the seventh wicket.

Ali was out on the first ball of the 47th over with his team still needing 24 runs to win but Tanvir and Zulfiqar Babar (14 not out) took them within touching distance.

Babar remained stranded at the non-striker's end in the last over and helplessly watched his partners throw away their wickets and lose the match to complete a 3-0 defeat in the series.

"In the batting... the thing we are missing is partnerships. We are not finishing properly," Afridi said.

"This game we had to win and we missed the opportunity. The World Cup is not very far and we have to learn quickly, it's the most important thing for us."

Australia, who won the toss, were 102 for one after a brisk 56 from opener David Warner but Pakistan pegged them back with quick strikes.

Afridi took out Warner and the dangerous Maxwell (20) to restrict the scoring rate and it was left to first ODI centurion Steve Smith to prop up the innings with a watchful 77.

The dismissal of Phil Hughes (five) and the run out of wicketkeeper Brad Haddin (two) at the start of the batting powerplay meant Australia never regained momentum.

© Copyright 2021 Reuters Limited. All rights reserved. Republication or redistribution of Reuters content, including by framing or similar means, is expressly prohibited without the prior written consent of Reuters. Reuters shall not be liable for any errors or delays in the content, or for any actions taken in reliance thereon.
Related News: Glenn Maxwell, Sohail Tanvir, Pakistan, Misbah, Shahid Afridi
COMMENT
Print this article 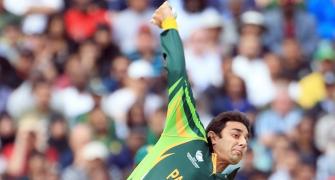 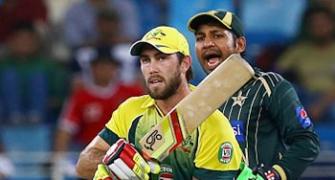 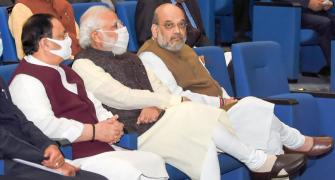 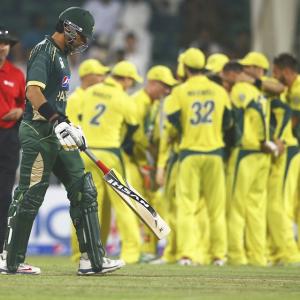 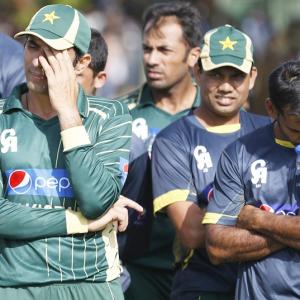