The inaugural edition of the Sri Lanka Premier League, which saw Indian business houses buying out all the seven franchises on offer, announced on Wednesday that it has roped in auto major Mahindra & Mahindra as the title sponsor.

"We as Mahindra Group have accepted the offer to be the title sponsor of Sri Lanka Premier League, which will be played in the T20 format," Mahindra & Mahindra president group strategy and chief brand officer S P Shukla told reporters in Mumbai.

The debut edition of the SLPL is scheduled to commence on August 11, with the final on August 31. The matches would be played at Colombo and Kandy.

The automobile major, which is associated with Celtic Football club and Moto GP, said this initiative marks its entry to cricket.

De Silva said the tournament will be telecast in South America and parts of the United States, which is an important market for Mahindra.

The company, however, declined to divulge the financial aspect of the deal, but Shukla said it should be in crores and will be a multi-year tie-up.

"Such sponsorship is of great value to the nation and also for a country such as Sri Lanka where we have a long-lasting tie with India. The younger generation is going to benefit very much.

The three-week series will feature the best cricketers in business, like West Indian Chris Gayle and Pakistani all-rounder Shahid Afridi.

In all, 24 games would be played in the Mahindra Sri Lanka Premier League and each team will be allowed a maximum of 18 players.

"The young cricketers of Sri Lanka will get the opportunity to play with these international cricketers which is important as they will get lot more confidence while playing alongside these players, and will give them the confidence to go to the next level," De Silva said.

Asked about the non participation of Indian players in the tournament De Silva replied, "India has New Zealand coming over. Playing for the nation is a priority."

Asked whether he would have preferred an open window, the Test veteran said, "Anyone would prefer an open window. In the current situation I can't see having an open window for all the countries to play a premier league in their own country. It is not possible."

On the issue of non-payment of fees in franchise-based tournaments, he said, "I hope it doesn't happen for the player's sake. The boards should get together and try and take reasonable guarantee from the franchise holders that they are looked after." 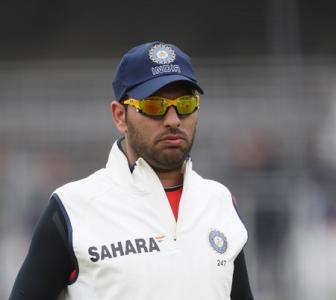