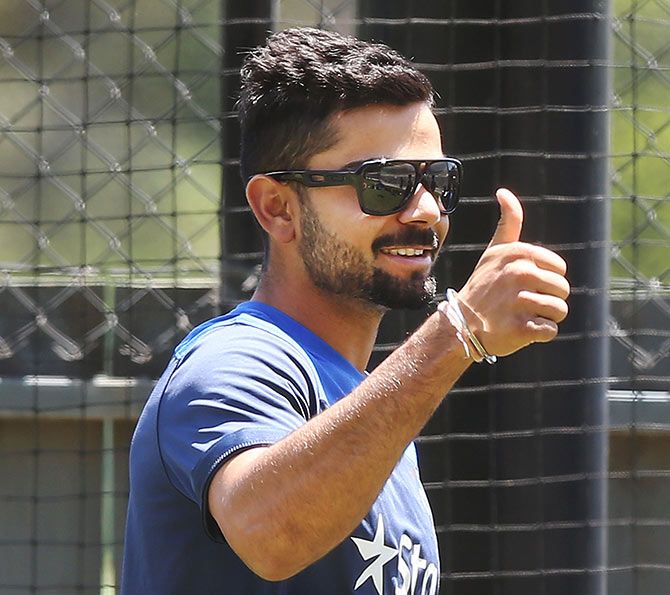 India's limited overs cricket will usher in a new era with the national selectors expected to name Virat Kohli as the captain when they pick the squad for three ODIs and three T20 Internationals against England in Mumbai on Thursday.

Test skipper Kohli is expected to be anointed captain of the limited overs teams also, after Mahendra Singh Dhoni decided to step down from the job in a surprise decision last night.

While there should not be any doubt regarding Kohli taking over as skipper of the limited overs team, the selectors have the onerous task of choosing the two squads having a right balance as there has been a spate of injuries to top players recently.

Two key Mumbai batsmen -- Rohit Sharma and Ajinkya Rahane -- have been ruled out with injuries, which may give a chance to out-of-form Shikhar Dhawan, if he's declared fit, to open the innings with K L Rahul, unless the selectors spring a total surprise and bring in a newcomer.

Karnataka's Rahul missed the ODI series against New Zealand due to an injury while Delhi batsman Dhawan too got injured in the preceding Test rubber against the Kiwis.

The left-handed Dhawan last played in an ODI in Australia in January last. After flopping in the first two matches, he struck a purple patch in the remaining three games of that series to make a century and two half centuries.

Karun Nair, who scored a brilliant triple hundred in the fifth and final Test against England in Chennai, is expected to be chosen in place of Rahane whom he also replaced in the Test team.

A question mark, however, remains regarding key spinner Ravichandran Ashwin who cited an injury after the conclusion of the 4-0 Test drubbing of England and has not played in Ranji Trophy for his state team Tamil Nadu. He also missed the ODI series against New Zealand as he was rested to keep fresh for the subsequent Test rubber against England.

Second off-spinner Jayant Yadav was out ruled out of the last Test of the series against England due to an injury and it would be interesting to see whether the two slow bowling all-rounders will be chosen by the selectors without proving match fitness. Although Dhoni has stepped down as captain of the limited overs team, he has made himself available to play under a new captain, which should be Kohli, and this has been conveyed to the selectors who, thus, will choose him over other claimants.

Axar Patel was chosen to be the left-arm spin option against the Kiwis while resting Ravindra Jadeja. But, with the big break in between the Test and ODI rubber, Jadeja should get the nod. Amit Mishra was the third spinner in that squad along with Yadav.

Manish Pandey and Kedar Jadhav should retain their spots in the ODI squad along with Mandeep Singh. With Mohammed Shami, who did not play in the ODI series against New Zealand, and Dhawal Kulkarni out with injuries, the selectors have the option to recall Ishant Sharma to team up with in-form Jasprit Bumrah and Umesh Yadav to man the pace department.

Hardik Pandya too got injured during the Test series against England but has started to play in the D Y Patil T20 tournament now in progress here and is likely to get the nod.

It will be interesting to see whether the selectors repose faith in Suresh Raina for the ODIs, but they are expected to include him in the squad for the three T20 International matches, which also will to be chosen tomorrow, provided he is declared fit again.

The selectors will also choose the India A squads for the two practice games against the tourists set to be played at the Brabourne Stadium here on May 10 and 12.

The official announcement of the meeting has been given through a media release by BCCI's Chief Executive Officer Rahul Johri, who thus is expected to perform the duty of the secretary of the Board in place of the sacked Ajay Shirke.

England are set to return to India on Sunday. They start the ODI series on January 15 in Pune and conclude the second part of their visit to India with the third and final T20I at Bengaluru on February 1. 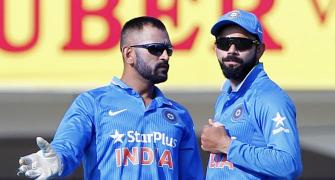