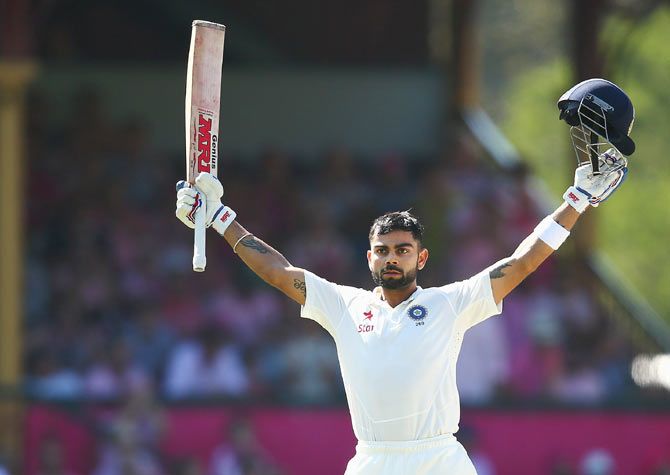 Virat Kohli made history with his first double century to become the first captain from India to compile a Test double century overseas when he pulled a single to deep mid-wicket just before the lunch break, on Day 2 of the 1st Test, in North Sound in Antigua.

Kohli lowered himself to his knees and kissed the turf as retired batting great Viv Richards, after whom the stadium is named, joined in the applause from the stands.

Kohli managed 200 off 283 balls before he was bowled out by West Indies pacer Shannon Gabriel just after lunch.

Kohli is also now the first Indian captain to score a double hundred away from home.

He is also the first Indian to score a double ton outside the sub-continent in the last 10 years.

Kohli's score is also the highest by a player in his maiden Test innings as captain in the West Indies. Previous highest record was held by former Australia ‘keeper Ricky Ponting -- 158 in 2008.