After playing one of the greatest Twenty20 knocks against Australia on Sunday, taking India into the World T20 semi-finals, it is no surprise that Virat Kohli (MVPI 206) has jumped to the second place in the MVP rankings.

Kohli is second to South African Quinton de Kock, and now that the Proteas are out of the competition, his only rivals for that spot can now be Joe Root (203) and Chris Gayle (185), with Mitchell Santner (183) and Martin Guptill (178) outsiders in the race.

It is still hard to find other Indians on the table: Captain Mahendra Singh Dhoni (119) is the next best after Kohli, placed 32nd (not enough batting opportunities, and because the index has no points for captaincy).

The list has been dragged down to the top 100 to allow Shikhar Dhawan (37) to sneak in at the 98th place, but there's still no place in the top 100 for Rohit Sharma!

Kohli's batting, Dhoni's captaincy, and some decent bowling by Ashish Nehra, R Ashwin and Ravindra Jadeja all mask the fact that only 5 or 6 Indians are truly performing (no wonder Dhoni talks of only 60% capability utilization!) and the openers are hugely under-performing. 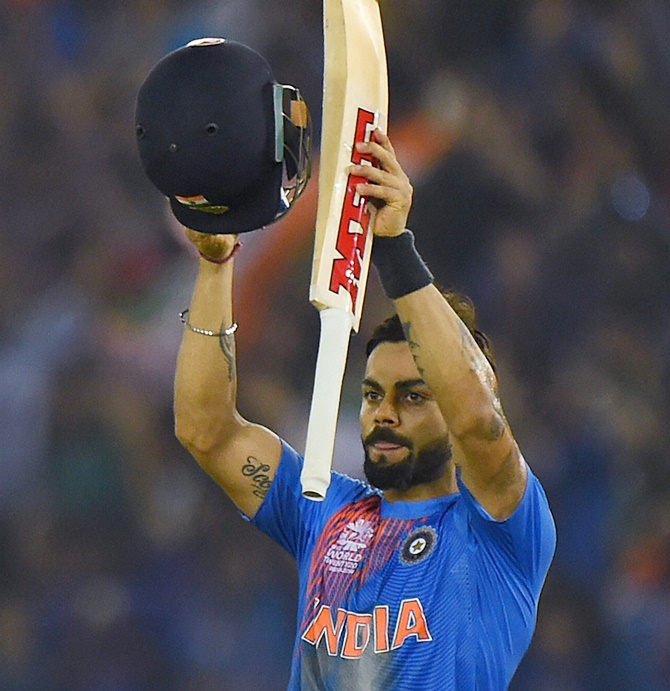 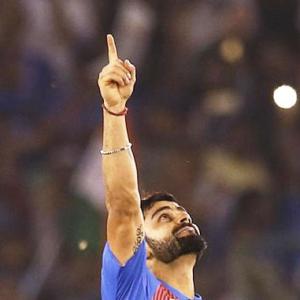