News
Business
Movies
Sports
Cricket
Get Ahead
Money Tips
Shopping
Sign in  |  Create a Rediffmail account
Rediff.com  » Cricket » 'Kohli brings an aggressiveness on all the players too'

'Kohli brings an aggressiveness on all the players too' 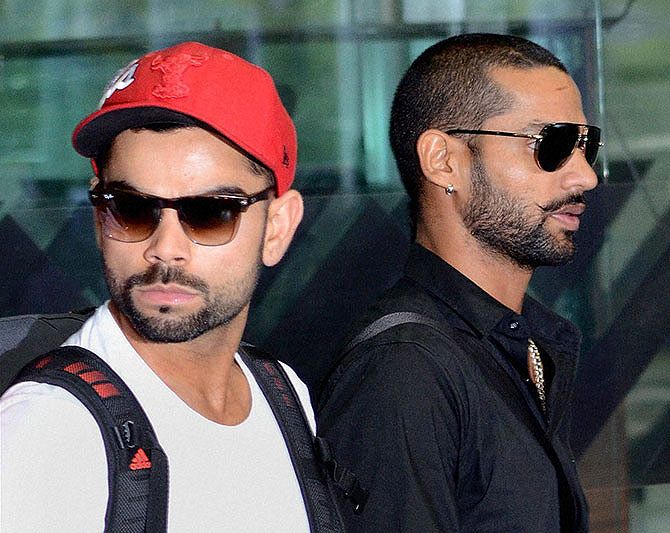 India opener Shikhar Dhawan has said the "controlled and aggressive" nature of skipper Virat Kohli rubs on the entire team and fires up the players to be more attacking on the field.

"He (Kohli) is really controlled and aggressive in the field and that brings an aggressiveness on all the players too and we are also more attacking towards the opponents," said Dhawan ahead of the upcoming Test series against Sri Lanka.

Dhawan and Kohli have been friends for long time and have played Ranji Trophy for Delhi. Asked about their friendship, the left-hander said,"We are still the same and it is not that something has changed.

"It is good that my captain has expectations from me and I hope I play consistently for my team."

'In Test cricket now, you also need players who can score quickly' 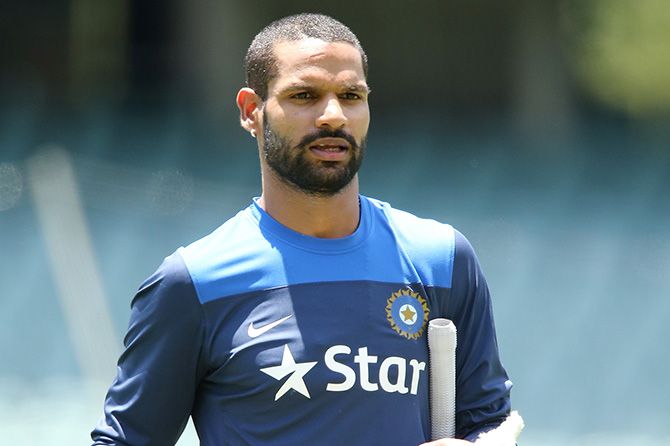 Asked about competition for the opening slot, Dhawan said, "I think it is a good thing for Indian cricket that there is so much competition for opening slot. Players put in more effort because you can be kicked out if you don't play well and make mistakes. I take it positively and try to ensure that I give my best."

Dhawan, who had scored fastest Test ton on debut against Australia in 2013, said it is good to have batsmen who can score runs quickly in modern day Test cricket.

"In Test cricket now, you also need players who can score quickly, it has became very important because sometimes in second innings or first innings if you score quicky it helps the team. I have always been like that, so it doesn't bother me," he said.

'You have to respect the bowler' 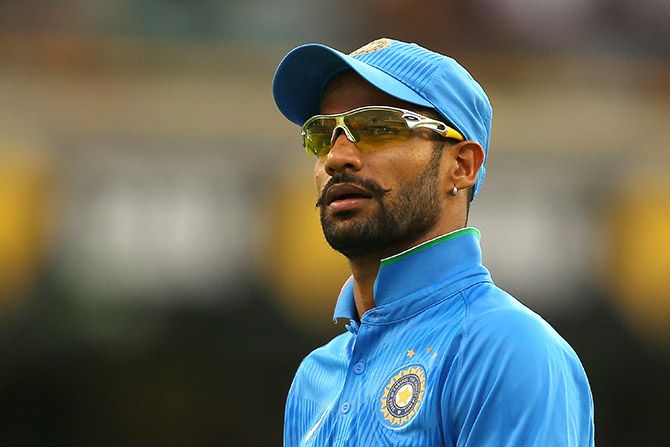 Shikhar Dhawan of India looks on during the One Day International. Photograph: Paul Kane/Getty Images

"I just try to keep it simple. if I get a good delivery, I just defend it and If I get a loose ball then I hit it and make runs," Dhawan said.

Asked what is going to be his approach in Sri Lanka, he said,"It depends on wicket. If the wicket is turning, it will be difficult for the batsman to play the spinner. Then you have to be more careful. You can't go and play your shots easily on a a fast-bowling track also."

"You have to respect the bowler and every batsmen have their way of tackling the spinners."