'Kohli & co. are not infallible'

Australian spinner Steve O'Keefe believes it would be a daunting task to tame Virat Kohli and his men in the upcoming Test series in India but insisted that they are not infallible and might find the going difficult on turning wickets. 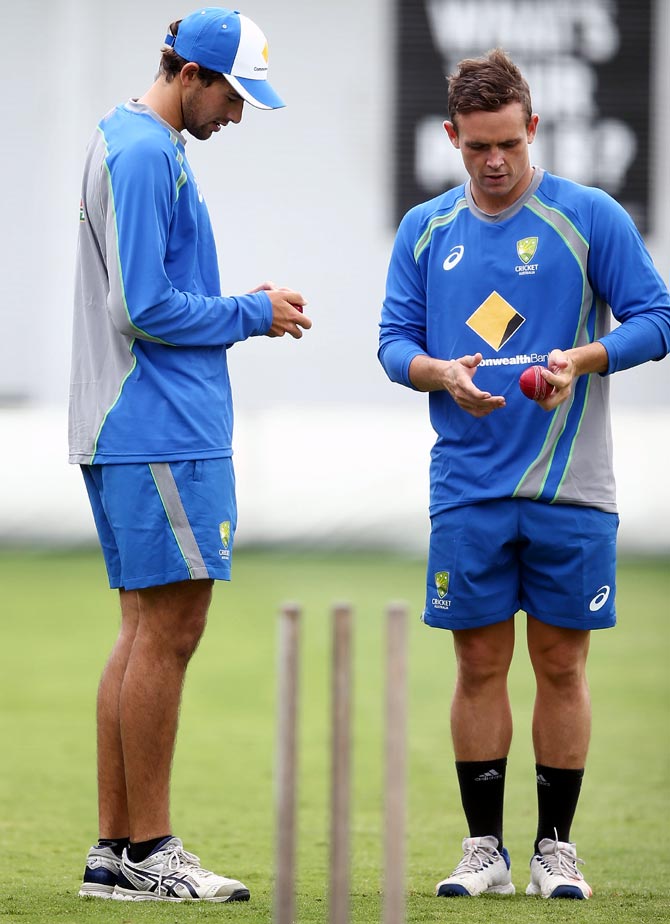 "Look, it is a daunting task but in saying that there are cracks in their walls, they are not infallible and if you are playing on wickets which are spinning and straightening, you try to beat both sides of the bat and stay positive," O'Keefe said ahead of their four-Test series against India.

"You can get wickets by using the same sort of recipe, by attacking the stumps, changing the pace, trying to hit the top of off-stump. Even the best players of the world may find it difficult on wickets that are playing a few tricks."

The 32-year-old exuded confidence about Australia's preparation for the Test series which begins in Pune on February 23.

"We have got our bases covered. Aston Agar is a super talent. He is improving as well, getting better and better and I have no doubt he will be number one crew for Australia. Glenn Maxwell bowled pretty well last time in India. He also bats so he is going to create a different type of energy, then obviously there is myself and guys, who sweep as well. You have seen how comfortable Mitchell sweeps on a stage when there are people around. I have no doubt if he gets picked he will do a great job," he said.

O'Keefe and young opening batsman Matt Renshaw have been training under England spinner Monty Panesar, who has been hired by Cricket Australia for the India tour.

Asked about Panesar, O'Keefe said: "Great fellow Monty. He has got the recipe that works in India and he is a tough fellow to work with and I am sort of picking his brains as how he bowls and how he bat over there. He is open and knowledgeable, so it is great to share that experience with him."

Talking about Renshaw, O'Keefe said: "He is a pretty no fuss, no frills cricket. He is already fitting in and comfortable playing for Australia. That's a big ingredient for a young block who is gonna travel to India.

"He is a sponge. He is quiet off the field, quirky at times. But in the cricketing sense, his developing skills as a 20-year-old are that 30-year-old would love to have. He has got shots all over the park, he sweeps really well, he can be disciplined against the new ball. He is showing a lot of class for a young man."

Asked what Panesar has advised the team so far, O'Keefe said: "The main thing he was saying is that be adaptable. He said there would be times when they will play different shots to your best balls, at times each wickets gonna play differently, you just have to adapt quickly as possible, trust your skills, but be there to adapt quickly. So I am trying to work on adaptability."