Kochi franchisee has Steve Waugh on its radar

Waugh was approached by Harshad Mehta, the Dubai-based chairman of Kochi, earlier this month and discussions were at an advanced stage for Waugh to spearhead the team's maiden season in the expanded 10-team league next year.

"We are trying to get Steve Waugh to be a part of the team. Waugh will be given a top position in the team with two layers of people below him," Mehta was quoted as saying in The National.

Mehta said the franchise is also attempting to lure Mahela Jayawardene, the Sri Lanka batsman and leading scorer so far in the ongoing Twenty20 World Cup in the West Indies, away from Kings XI Punjab for next season.

"I like Mahela personally and have a very good relation with him. I was the first person to take him outside Sri Lanka to play in South Africa. My relation with him is over 20 years now. If he is available and if I have a successful bid, he will be part of the Kochi team," Mehta said.

According to Mehta, Shanthakumaran Sreesanth, who hails from Kerala, has more or less agreed to join the team from the Kings XI.

"He is the best bowler but not very mature. He must have a target and everything will be good," Mehta said.

The name of the team, the manager and the make-up of the squad will all be announced by the end of this month, he added.

I have no investments in IPL Kochi deal: Gaikwad 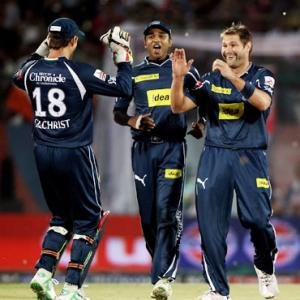