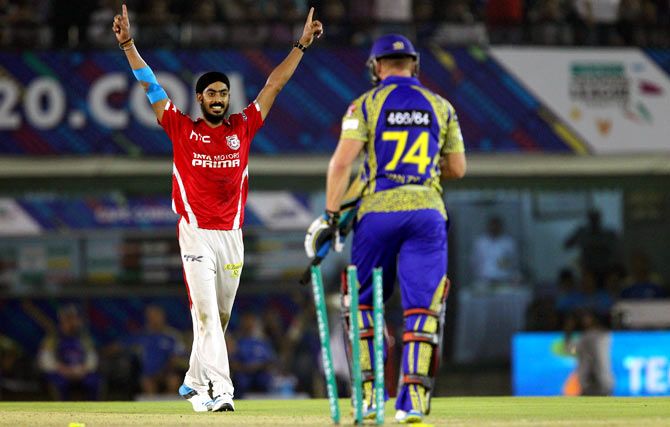 A clinical Kings XI Punjab crushed Cape Cobras by seven wickets for their fourth win in a row as they ended their Group B engagements with a flourish in the Champions League Twenty20 in Mohali, on Sunday.

Punjab, who have already qualified for the semi-finals, finished on top of Group B with 16 points.

The hosts were in complete control of the inconsequential rubber after they bundled out the Cobras for 135 in 18.3 overs and then overhauled the target with 11 balls to spare.

It was the Punjab bowlers, who set up the win as paceman Anureet Singh (3/12) and spinner Akshar Patel (3/15) shared six wickets between them to cripple Cobras after they had got off to a blistering start.

Richard Levi top-scored for the South African side with his 42-run knock but it was Hashim Amla who provided impetuous to their innings at start with his quickfire 22-ball 40.

Cobras were 105 for two in the 13th over but lost their last eight wickets for addition of just 30 runs.

None of the Punjab batsmen set the field on fire but the target was so modest that their small contributions were enough for the easy win. 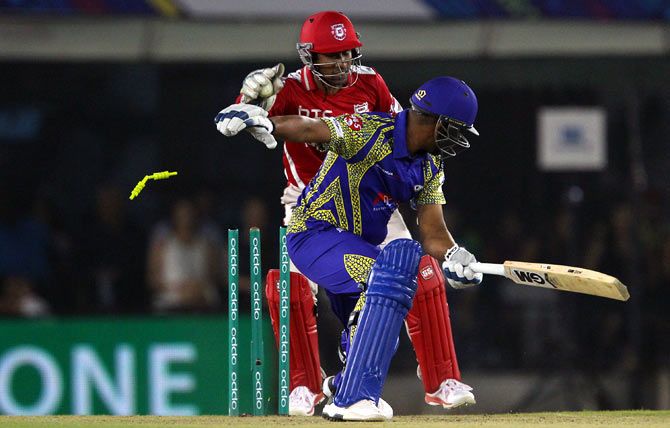 Punjab opener Manan Vohra, who made 23, was the first wicket to fall when he hit left-arm spinner Robin Peterson straight into the hands of the fielder at deep midwicket and Virender Sehwag also fell for the same score, when he was caught on the off-side.

Interestingly, Glenn Maxwell also fell for 23 when he was bowled by off-spinner Sybrand Engelbrecht, in the 14th over.

Wriddhiman Saha kept holding the one end as he guided the side home with his 35-ball 42.

Saha hit three boundaries, including a six, in his innings while David Miller finished unbeaten on 16. 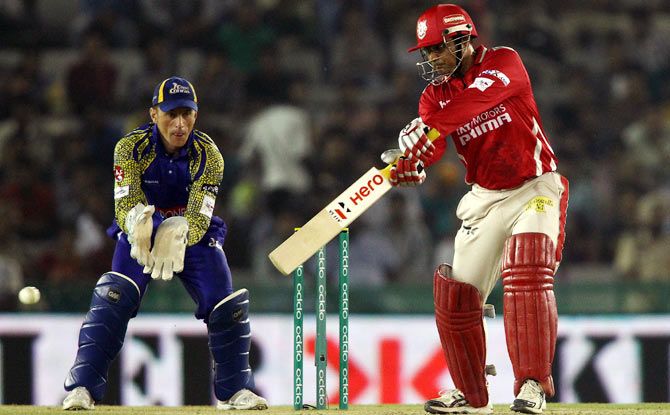 Singh and Patel shared six wickets between them as Kings XI Punjab skittled out Cape Cobras for 135.

Richard Levi top-scored for the South African side with his 42-run knock but it was Hashim Amla who provided impetuous to their innings at start with his blistering 22-ball 40.

Amla and Levi were the only ones who got going while the other Cobras batsmen struggled as the South African team failed to even last their quota of 20 overs.

The two openers put on 60 runs for the opening wicket and that was only bright spot for the South African side after they were asked to bat first.

Anureet (3/12) got into action after Cobras had lost their top-order batsmen as he began with the wicket of Stiaan van Zyl before getting two lower-order batsmen, while Patel (3/15) accounted for Sybrand Engelbrecht (5), Justin Kemp (2) and Vernon Philander (5).

Amla, particularly, was harsh on the host bowlers as he punished them with seven fours and a six in his pacy knock. 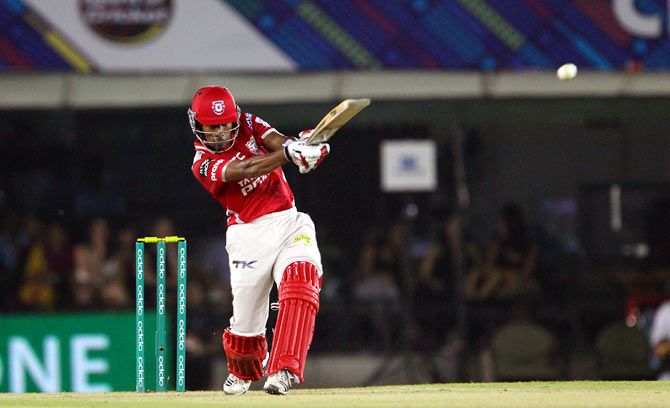 With nothing working, Punjab skipper George Bailey introduced Karanveer Singh and the young leg-spinner responded by dismissing the dangerous-looking Amla.

Levi, who was going a-run-a-ball so far, opened his arms and lifted Karanveer for a huge six over long-off, continuing where Amla had left.

The new batsman in Omphile Ramela (12) though did not last long, falling to a poor shot off paceman Thisara Perera.

The runs dried up as hosts took control over the proceedings with some good bowling. Levi brought up the hundred of the innings with a six off Glenn Maxwell but the bowler had revenge two balls later when the Australian held on to a difficult caught and bowled chance.

The wickets continued to tumble as paceman Parvinder Awana got rid of Dane Vilas (10) and Patel saw the back of Sybrand Engelbrecht (5) before Anureet polished off the tail. 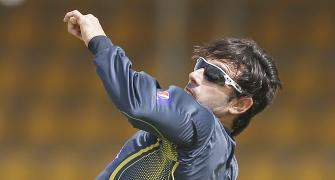 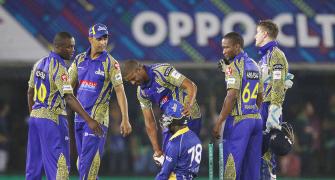 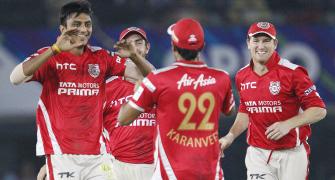 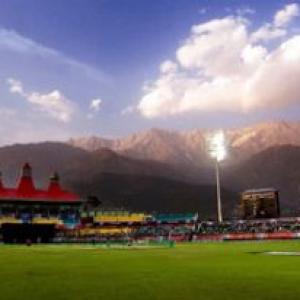 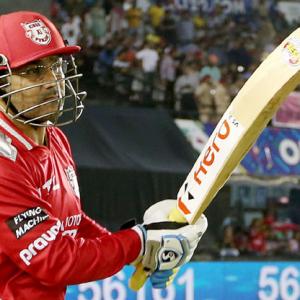