It is learnt that BCCI president N Srinivasan has taken personal initiative in bringing the 1983 World Cup winning captain back in the BCCI fold. Kapil has finally relented on applying for amnesty after "fruitful discussions with the BCCI president."

"Although this was not on the agenda, the president (Srinivasan) informed the members that there has been fruitful discussions with Kapil Dev and the latter has agreed to seek amnesty. The formalities will be worked out soon," a senior working committee member preferring anonymity said.

Kapil, who joined as the chairman of the executive board of Indian Cricket League back in 2007, has never sought amnesty from the BCCI but he has been invited for some of the functions organised by Cricket Board lately.

"The content of the application letter will be such that it doesn't hurt the dignity of a player of Kapil's stature but also at the same time maintain BCCI's position of being the parent body and guardian of the game in the country," the official further added.

If Kapil gets amnesty, he will be entitled to Rs 1 crore as a part of BCCI's one-time benefit scheme and he will also start receiving pension once again. His arrears will also be cleared. 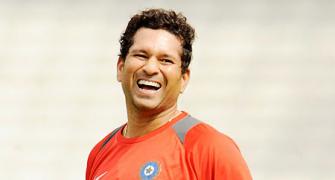 'If Sachin's record is not broken, human race will lag'