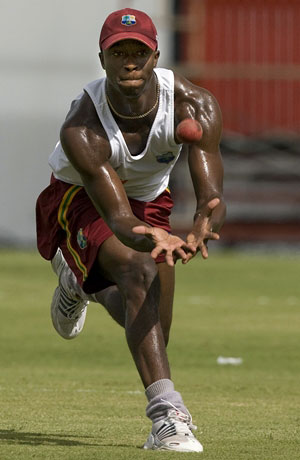 An interesting mix of players, including Indian Cricket League returnees, will go under the hammer in the third Indian Premier League auction, during which the franchises will choose from a list of 66 to fill just 12 available slots, in Mumbai on Tuesday.

"Well, there are a lot of buy-outs, which are still in progress. I expect no more than 12 slots at the maximum to be available unless there are a few last moment surprises," said the IPL's Chief Operating Officer, Sundar Raman, ahead of the auction.

A buy-out means paying a contracted player his dues before the expiry of the contract in order to free him of his obligations towards the team.

Each franchisee has $750,000 at its disposal for buying new players at the auction, featuring cricketers from all nine Test-playing countries.

The players bought will be contracted for only one season, specifically till December 31, 2010, and that includes the Champions League Twenty20.

"In the first year we devised a three-year contract. We had said that at the end of three years, with the addition of franchises, the entire process would change. The changes will be effected after this season of IPL," Raman said.

He reckons that exciting West Indian talents -- hard-hitting batsman Kieron Pollard and fast bowler Kemar Roach -- will be among the most sought after.

"Some of the Pakistani players are interesting and, of course, the Australian players add to the excitement. I would like to see a lot of them playing the IPL this season," Raman said.

The list of players to be auctioned includes 11 each from Pakistan, Australia and South Africa, nine from Sri Lanka, eight each from England and West Indies, four from New Zealand and one each from Bangladesh, Canada, Zimbabwe and Holland.

Returnees from the rebel Indian Cricket League, including New Zealand pacer Shane Bond and Australian Damien Martyn, have also made the cut in the final list.

There are few notable omissions, like current Pakistan captain Mohammed Yousuf and dope-tainted pacer Mohammed Asif, who played for Delhi Daredevils in the inaugural edition.

The list includes Pakistan's current Twenty20 captain Shahid Afridi, who played for Deccan Chargers in the first season, and Sohail Tanvir, who was contracted with Rajasthan Royals in the inaugural edition.

Prominent Australians who have made the final list include Brad Haddin, Phillip Hughes and Doug Bollinger. 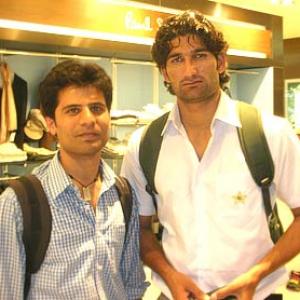 IPL to reach US in next 18 months