News
Business
Movies
Sports
Cricket
Get Ahead
Money Tips
Shopping
Sign in  |  Create a Rediffmail account
Rediff.com  » Cricket » Is it a wrestling bout? No, it's a cricket match!

Is it a wrestling bout? No, it's a cricket match! 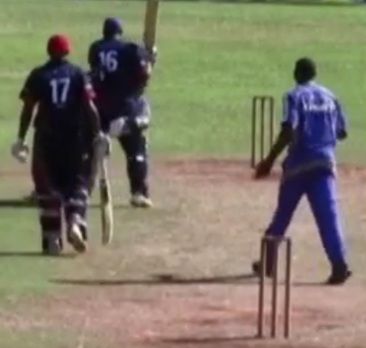 A television grab of the cricket match in Bermuda.

It was a cricket match that turned into a wrestling bout!

Bermuda's first Champion of Champions Cup final turned into 'a repugnant incident of violence, lawlessness and unsportsmanlike conduct' and led to a player being banned for life.

Bermuda cricketer Jason Anderson was slapped with a life ban for inciting a hair-raising brawl during the club match in the small island nation. 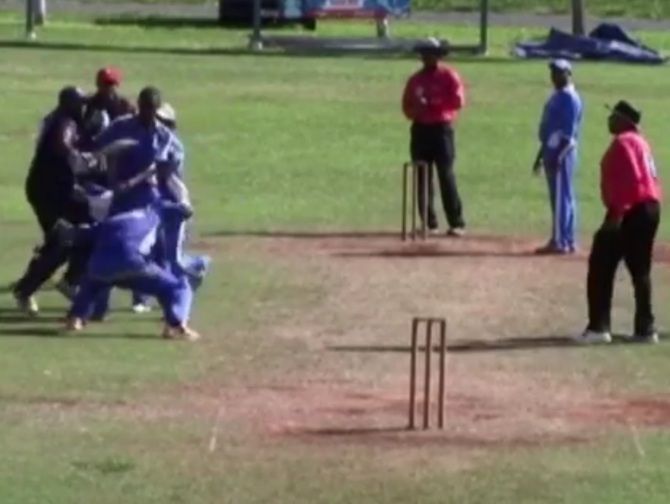 The fight turned ugly after Anderson remonstrated Brien between overs, with both players wrestling each other to the ground.

Anderson went as far as kicking the batsman. Fellow-players and officials rushed to calm them down but the damage was done by then.

While Anderson was banned for life, O'Brien was barred for a "period sufficient to include 6 Logic 50 over matches".

Cleveland captain Allan Douglas, speaking after the game, said he did not know specifically what led to the horrific scenes.

"I think a little bit of frustration built up by Jason, dropping a catch and missing a stumping, but I don't know what was said between George and Jason because I was at the other end of the wicket (bowling)," Douglas told The Royal Gazette.

"Once I saw those two going at it, that's when I decided to jump into the middle and try to break it up; me and Aaron Adams," he added. 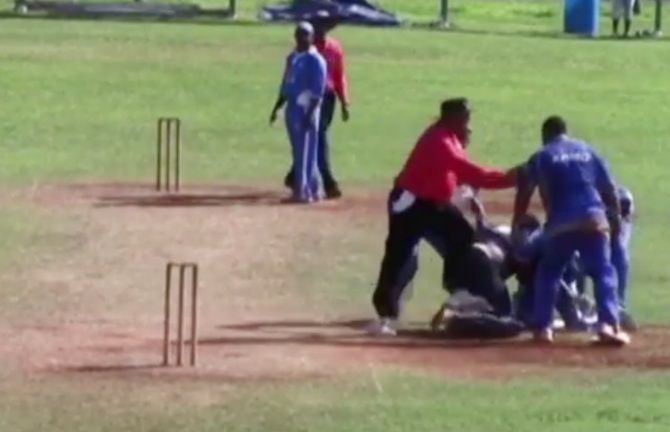 The Bermuda Cricket Board found Anderson guilty of a Level 4 offence.

"Jason Anderson formally of Cleveland County Cricket Club has been found guilty of a Level 4 2.4.2 of the Code of Conduct: Physical assault of another Player and has been given a life ban from all cricket and any involvement in the game of cricket in Bermuda in any capacity," the Board said.

While for O' Brien, it said: "George O'Brien of St. David's County Cricket Club has been found guilty of a Level 3 2.3.2 of the Code of Conduct: Threat of assault on another player and has has been banned from all cricket for a period sufficient to include 6 Logic 50 over matches. 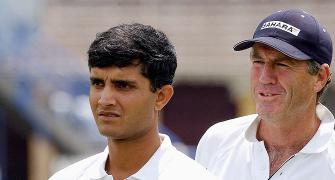 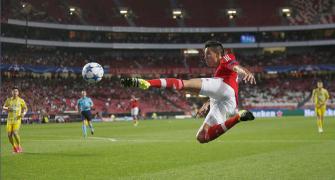 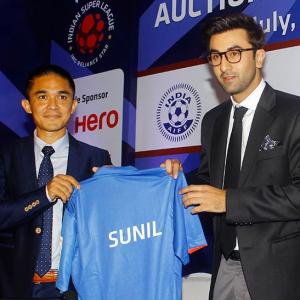