News
Business
Movies
Sports
Cricket
Get Ahead
Money Tips
Shopping
Sign in  |  Create a Rediffmail account
Rediff.com  » Cricket » It will be a challenge to combat Jadeja on final day: Lehman

It will be a challenge to combat Jadeja on final day: Lehman 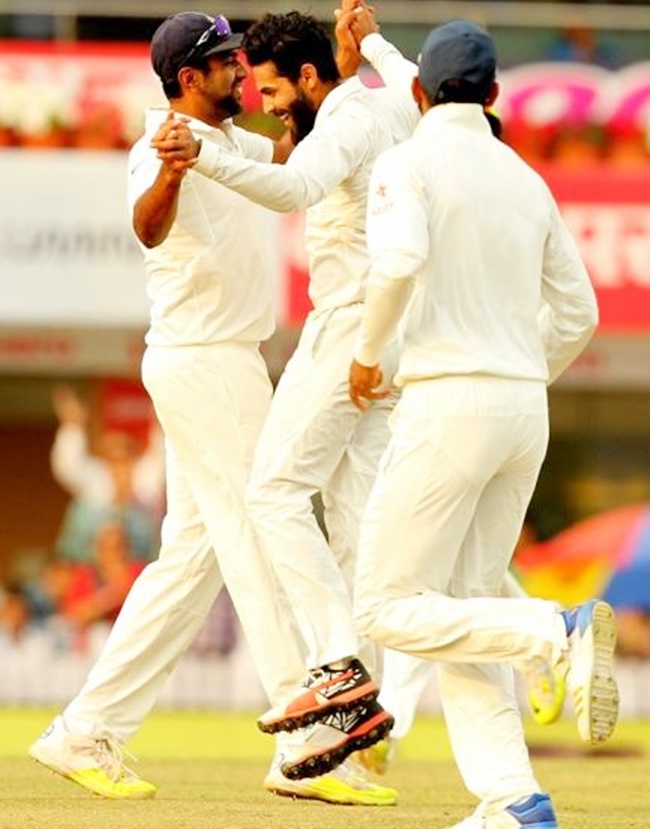 Australia coach Darren Lehmann, on Sunday, said it would be a real challenge for his team comprising five left-handers to negotiate the left-arm spin of Ravindra Jadeja on the final day in Ranchi, on Monday.

Jadeja then snapped two wickets to reduce Australia to 23-2, still needing 129 runs with eight wickets in hand to avoid a first innings defeat.

"Going to have to come up with a plan to combat Jadeja but we've worked on that and you'll probably see it tomorrow I would think," Lehmann said after the penultimate day's proceedings.

"They've got to believe in what they are doing as a group and a couple of good balls like tonight that can happen in a game of cricket. For us it's a great challenge. The challenge for our group is to put on a couple of partnerships and really get ahead of the game."

Jadeja would look to exploit the footmarks, something that has given him a fair amount of success as he backed up his fifer in the first innings with 2/6 in 3.2 overs.

"It was a great ball that got Warner in the end. If they bowl 10 of those so be it. But we've got to cope with it as best as we can and come up with a plan and we've done a lot of practice in those conditions, so I'm really confident they can do the job and see how they go. It'll be a great challenge for them," Lehmann said.

Left worried to save the third Test, Lehman hoped his boys will replicate the innings played by Pujara and Saha on the final day.

Showering praise on Pujara, the Aussie coach said: "He's very disciplined and played really well. That's why he is a class player. He bats for a long period of time. His conversion rate from 50 to 100 and 100 to 150 are pretty high.

When he gets in, he likes to go on with it. That's a challenge for our bowling group. To find a way to get him out early."

Australia were tottering at 23/2 after 7.2 overs at stumps on day four with Jadeja cleaning up David Warner (14) and nightwatchman Nathan Lyon (2).

Terming it a traditional Indian wicket, Lehman said there was no real fear from the pitch at the JSCA International Stadium hosting its maiden Test.