Australian all-rounder Shane Watson missed out on his second hundred by two runs but his blazing unbeaten half-century powered Rajasthan Royals to a thumping eight-wicket win over Sunrisers Hyderabad in their Indian Premier League match in Jaipur.

Chasing a modest 145-run target, the hosts romped home with 2.1 overs to spare as Watson scored a 53-ball 98, laced with 13 fours and four sixes.

Hyderabad had overcome a disastrous start to post 144 for nine after Caribbean batsman Darren Sammy played a heroic 60-run knock and shared a crucial 58-run stand with Amit Mishra (21) for the seventh wicket.

Rajasthan left-arm paceman James Faulkner (5/20) stood out with a five-for after Hyderabad elected to bat.

The hosts lost Ajinkya Rahane (1) and were cautious till the half-way mark as they reached 53 for one in 10 overs.

However, Watson opened his arms to good effects after that and sent Hyderabad bowlers to a leather hunt.

It all started in the 11th over when both Watson and skipper Rahul Dravid hit spinner Amit Mishra for a six each, collecting 17 runs from the 11th over.

Dravid however, could not last long as he holed out to deep mid-wicket while attempting to send a Thisra Perera delivery out of the park. Dravid scored a 35-ball 36. 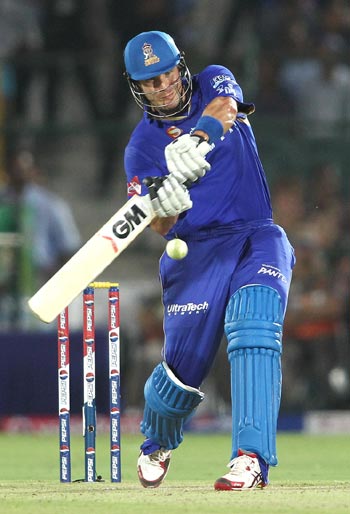 It was a Watson show after that. Rajasthan needed 64 runs after Dravid's dismissal and Watson scored 56 of them.

The burly Australian hammered paceman Ishant Sharma for three fours and then closed the 15th over with a massive six over long-on, collecting 20 runs for his side.

The onslaught continued and the next victim of Watson's fury was Perera, who was hit for three boundaries, including a six. These two overs turned the tide in the favour of the hosts as Hyderabad seemed to have made a fight out of it.

Earlier, a fine 41-ball 60 from Darren Sammy rescued Hyderabad from a batting disaster. The Sunrisers were looking down the barrel as they were reduced to 29 for six in the seventh over with Faulkner and Ajit Chandila (2/13) ripping through the visiting top-order.

Sammy, who struck eight fours and a six in his knock, stitched a 58 run stand with lower-order batsman Amit Mishra (21) for the seventh wicket to help Sunrisers recover from the batting collapse and post a respectable total at the Sawai Mansingh Stadium.

Dale Steyn contributed a quick-fire eight-ball 18 towards the end after Sammy was the ninth and last Sunrisers batsman out in the 19th over.

Sunrisers's decision to bat first seemed to have backfired after Chandila got rid of Akshath Reddy in the fifth ball of the innings.

Faulkner struck twice to remove Kumar Sangakkara (4) and Shikhar Dhawan (0) in his first over and then induced a top edge from Karun sharma (6) to reduce the Sunrisers to 15 for four in the fourth over.

The woes for the visitors increased when Thisara Perera (4) holed out to long on off Chandila and Hanuma Vihari (4) was caught behind by Dishant Yagnik off Kevon Cooper as wickets kept on falling like nine pins. By the seventh over, the Sunrisers had lost six wickets for just 29 runs.

With the bowlers tightening the screw and some good catches coming up from the Royals fielders, it looked like the Sunrisers' total could be among the lowest in the IPL but Sammy and Mishra batted sensibly to rescue their innings.

Faulkner, who was impressive in his bowling with a five-wicket haul, took the wickets of both Sammy and Mishra. 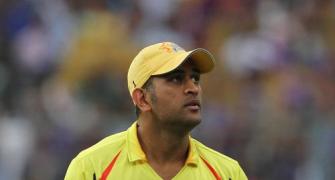 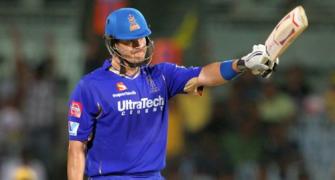 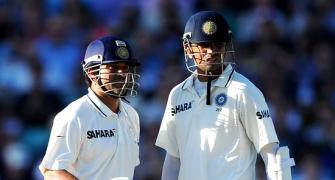 It will be impossible to replace Tendulkar: Dravid 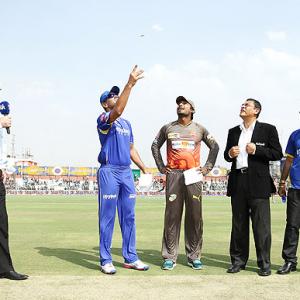 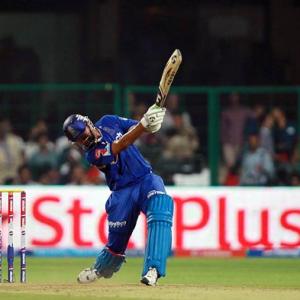