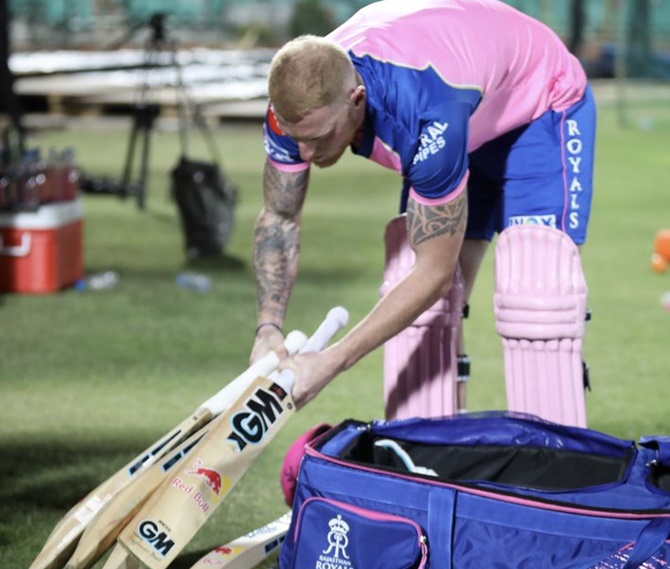 IMAGE: Ben Stokes tried to put the latest 'Mankading' controversy to rest saying he would 'never' do what Ravichandran Ashwin did to Jos Buttler. Photograph: Rajasthan Royals/Twitter

Shane Warne has asked those backing Ravichandran Ashwin whether they would be fine with Ben Stokes 'Mankading' Virat Kohli.

Ashwin, who is the captain of Kings XI Punjab, ran out Rajasthan Royals opener Jos Buttler, who was at the non-striker's end, on his delivery stride in Monday's Indian Premier League match, in Jaipur.

The act left the cricket world divided over the 'spirit of the game'.

While some former cricketers, like Dean Jones, found nothing wrong with it, there were quite a few who questioned the Indian's move.

Warne, the brand ambassador of Rajasthan Royals, was the most vocal in his criticism of Ashwin, calling his act disgraceful.

Addressing those who saw nothing wrong in what Ashwin did, he asked if they would hold the same view if the batsman at the receiving end was India captain Kohli and the bowler Stokes.

"...If Ben Stokes did what Ashwin did to @imVkohli it would be ok ?" he tweeted.

Stokes, who incidentally plays for Rajasthan Royals in the IPL, responded to the query.

The Englishman tried to put the matter to rest, saying he wouldn't even attempt such a move.

Buttler's dismissal was the first case of 'Mankading' in the 12 editions of the Indian Premier League.

While Ashwin was well within his rights, as per the ICC's rule 41.16, according to which even a warning to the batsman is not necessary, the incident has ended up creating a storm. 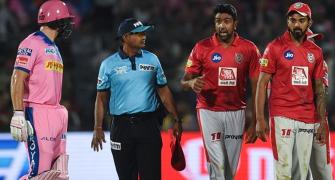 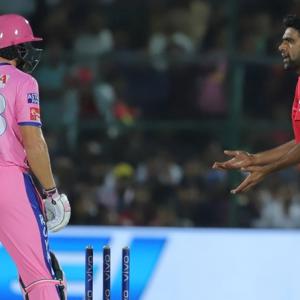 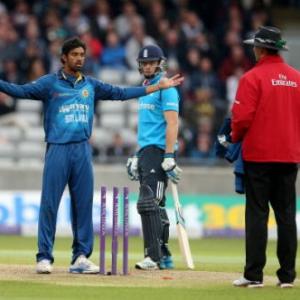