Statistical highlights of the IPL match between Rajasthan Royals and Kings XI Punjab in Jaipur on Sunday.

-IPL PHOTOS: Who sizzled, Shilpa or Preity? Tell us! 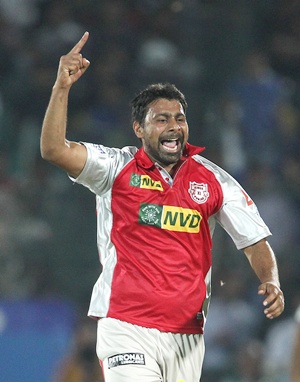 # David Hussey (41 off 31 balls) is the only one to play an innings of 25 or more for Kings XI Punjab. The knock is his second highest score against Rajasthan Royals -- the highest being 42 off 30 balls at Jaipur on May 1, 2008

# Rahul Dravid, with 145 runs at an average of 36.25 in four games, is the top run-scorer for Rajasthan in the present tournament.

# Rajasthan Royals, with a six-wicket win, have won seven and lost three out of ten contested against Kings XI Punjab -- success per cent 70.00. They have won all four against Punjab at Sawai Mansingh Stadium, Jaipur.

# No half-century has been recorded in the first three games for Kings XI Punjab.

# Adam Gilchrist has posted his seventh duck at the IPL. Only Manish Pandey (8) and Amit Mishra (8) have registered more ducks than Gilchrist.

# Kevon Cooper's excellent performance of claiming 8 wickets at 13.00 runs apiece in four games is the best in the IPL 2013 -- the next best being Vinay Kumar's eight at 21.12 runs apiece in five matches.

# Sanju Samson has become the third Rajasthan wicketkeeper after Mahesh Rawat (twice) and Dishant Yagnik to take three catches in an IPL match. He has also batted well to score an unbeaten 27.

# Gilchrist, with 58 dismissals in 70 games, has extended his IPL record for most dismissals.

# Ajinkya Rahane (34 not out off 42 balls) top-scored for Rajasthan Royals, taking his tally to 128 at an average of 42.66 in four games in the present edition of the IPL.

# James Faulkner has received his first Man of the Match award at the IPL for capturing two for 30. 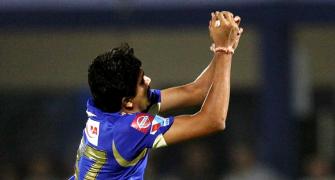 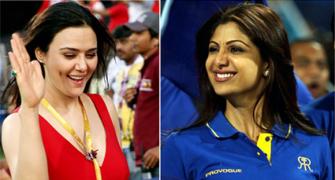 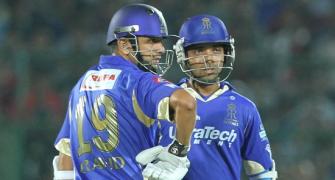 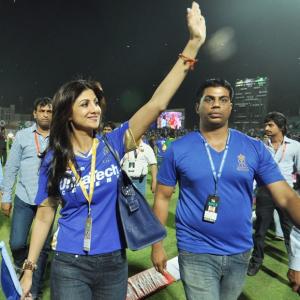 IPL PHOTOS: Who sizzled, Shilpa or Preity? Tell us!