Stats: Pollard has struck most sixes for Mumbai

Statistical highlights from the IPL match played between Mumbai Indians and Chennai Super Kings in Chennai on Saturday.

# Kieron Pollard's superb unbeaten 57 was his second highest innings in the IPL, next only to the 64 against Rajasthan Royals at Wankhede Stadium, Mumbai on April 11, 2012. His first half-century against Chennai Super Kings was his third in the IPL.

# Pollard's sixes' tally of 42 in 40 innings was the most by a Mumbai batsman in the IPL. Pollard got his fifth Man of the Match award in the IPL. 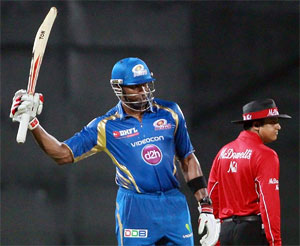 # Mahendra Singh Dhoni (51 off 26 balls) posted his tenth fifty in the IPL. He took 24 balls to reach his fifty. His fastest in this competition was a 20-ball fifty against Mumbai Indians at Bangalore on May 23, 2012.

# Sachin Tendulkar posted his fourth duck in the IPL, his second first-ball duck. Mumbai Indians won all four matches in which he registered ducks.

# Pollard and Harbhajan were associated in a partnership of 65 (unbroken) -- Mumbai Indians' highest seventh-wicket stand in the IPL. Some dismissals were truly out of character: Fleming
Five uncapped players in SL Champions Trophy squad 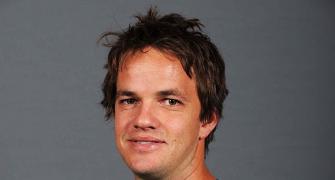 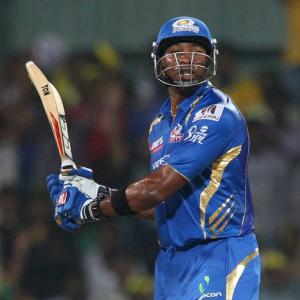 There has to be players in important positions: Pollard