Statistical highlights from the eliminator match of the Indian Premier League played between Chennai Super Kings and Mumbai Indians in Bangalore on Wednesday.

# Mahendra Singh Dhoni has recorded a half-century and effected three dismissals in an innings in the same IPL match for the first time.

# Kumar Sangakkara and Adam Gilchrist have registered the above 'double' twice each in the IPL. Parthiv Patel, Dinesh Karthik and Dhoni have achieved the distinction once each. 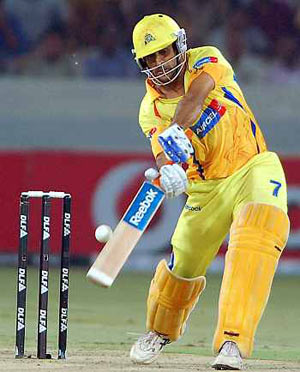 # Dhoni's brilliant strike rate of 255.00 is the second highest in the present competition (minimum qualification 50).

Only AB de Villiers has recorded a better strike rate of 256.52 in the present tournament while posting 59 not out off 23 balls for Bangalore against Rajasthan at Jaipur on April 23.

# Dhoni (51 off 20 balls) has recorded his first fifty in the present tournament -- his ninth overall in the IPL.

# Dhoni has been adjudged the Man-of-the-Match for the seventh time in the IPL.

# Dhoni took 20 balls for his half-century -- the fastest by a Chennai batsman in the IPL.

# Dhawal Kulkarni has bowled quite well to take six wickets in two games at an average of 10.66 for Mumbai Indians in IPL 5.

# Rohit Sharma, with 42 catches, has established a fielding record in the IPL history -- the next highest is Suresh Raina's 41.

# Malinga could bag only two wickets in his last six games in the IPL 5.

# Dhoni and Bravo were associated in a match-winning stand of 73 (unbroken) for the sixth wicket, emulating a partnership record for Chennai in the IPL. Hussey and Badrinath had added 73 (unbroken) against Punjab at Mohali on April 19, 2008.

# Harbhajan Singh has bagged only six wickets in 17 matches at an average of 64.00 in the present tournament -- his strike rate being 54.0.

# Chennai's splendid 38-run triumph their largest by runs margin over Mumbai in the IPL.

# Chennai have won five games and lost six out of eleven played against the Mumbai Indians in the IPL -- a winning percentage of 45.45. 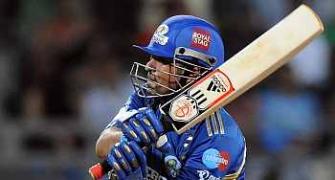 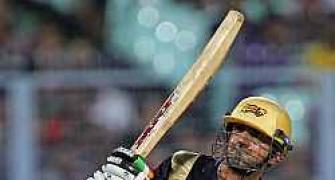 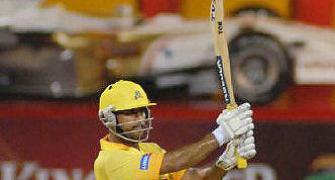 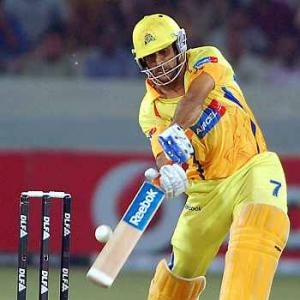 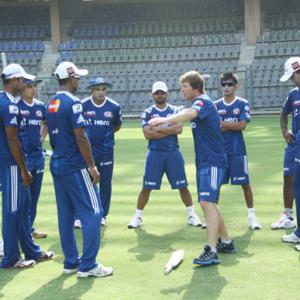