For Delhi, it would be a do-or-die match as a loss would virtually end their already wafer-thin chances of making it to the play-offs, while Punjab are slightly better off but a slip up will also put them in a difficult situation. 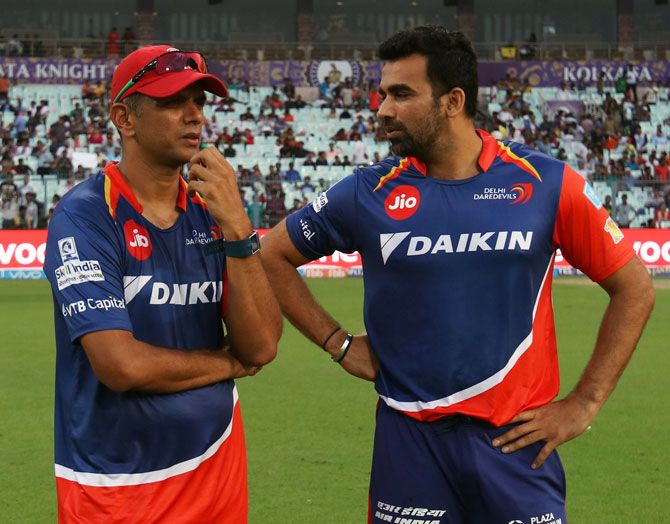 Struggling teams Delhi Daredevils and Kings XI Punjab take on each other in an Indian Premier League match in Mohali on Sunday as they desperately seek to get back to winning ways to stay in the hunt for a play-offs berth.

With three wins from eight games, Punjab are placed sixth, while Delhi are at the bottom of the league table with just two wins from seven games.

For Delhi, it would be a do-or-die match as a loss would virtually end their already wafer-thin chances of making it to the play-offs. Meanwhile, Punjab are slightly better but a slip up will also put them in a difficult situation to qualify for the last-four stage.

Both Punjab and Delhi come into this match having been comprehensively beaten in their last games against Sunrisers Hyderabad and Kolkata Knight Riders respectively.

The Glenn Maxwell-led Punjab missed the services of in-form Hashim Amla -- who was down with a hamstring injury -- as they fell short by 26 runs while chasing a formidable target of 208.

However, they will take solace from the fact that Shaun Marsh looked in good touch on Friday and played a solid knock of 84 runs, studded with a range of shots.

Punjab will have to put up an all-round show against Delhi if they are to keep their chances alive in the competition which they have never won so far. The home fans will be eagerly waiting for a big knock from Maxwell, who got out on a duck against Sunrisers. 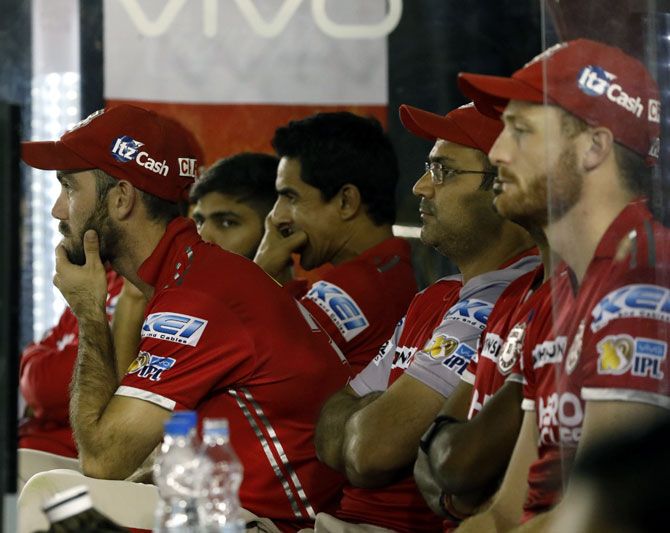 While Punjab's batting needs to fire in unison, the side will be hoping that their bowling mainstay Ishant Sharma, who struggled against Sunrisers, comes good against Delhi.

Punjab have been an inconsistent side over the years in the IPL and they yet again failed to impress Sunrisers with Marsh being the lone player to put up a good fight.

Meanwhile, Delhi come into this match after a string of losses, their last one against KKR in Kolkata on Friday. Another loss will virtually bring curtains down on their campaign in IPL10.

Batting first, Delhi posted a modest total of 160 for six against table toppers KKR when at least 180 looked possible at one stage.

Prior to their match against KKR, Delhi witnessed a batting collapse against Mumbai Indians while chasing a target of 143 runs as they could manage just 128 for seven in their 20 overs.

For Delhi, it will be important to put a consistent show in their batting. They have had good starts in their innings and their losses against Kolkata, Hyderabad and Mumbai have been primarily due to their inability to force the pace during middle overs.

Samson, who scored a century early in the tournament, and Rishabh Pant have contributed in some games nicely but the side will need their top order to fire in unison against Punjab. Mumbai batsman Shreyas Iyer will also be crucial for the visitors if they have to pile up a big total.

In the bowling department, South African Chris Morris has to get support from seasoned pacer and skipper Zaheer Khan, Cory Anderson and Pat Cummins.

Amit Mishra, who gave away 36 runs in three overs against KKR, will look to do what young Afghan leg-spinner Rashid Khan (4-0-16-1) did for Sunrisers against Punjab.