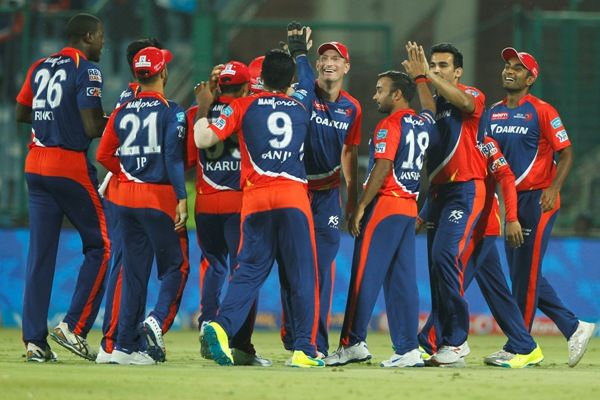 A sensational four-wicket haul by leg-spinner Amit Mishra and a strokeful unbeaten 59 from Quinton de Kock powered Delhi Daredevils to a comprehensive eight-wicket victory over Kings XI Punjab in their Indian Premier League (IPL) match at the Ferozshah Kotla.

Electing to field first, the Daredevils restricted Kings XI Punjab to a paltry 111 for 9 in 20 overs, courtesy Mishra, playing in his 100th game became the second highest wicket-taker in IPL history after returning with figures of 3-0-11-4. He now has 116 IPL wickets under his belt.

The hosts then returned with an impressive batting display with opener de Kock (59 not out) and Sanju Samson (33) sharing a match-winning 91-run partnership off 64 balls for the second wicket to open accounts for Delhi who had lost to Kolkata Knight Riders in their campaign opener.

It was Pawan Negi, who blasted a six in the 14th over as Delhi overhauled the target of 112 with 39 balls to spare at the Kotla. 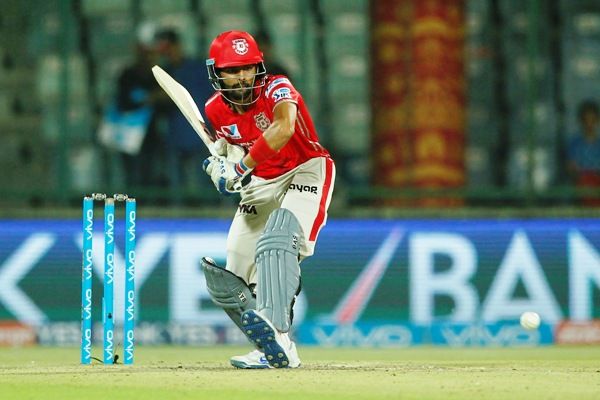 For Punjab, Vohra emerged as the top-scorer with a 24-ball 32 studded with five boundaries but he did not get any support from the other end as wickets kept tumbling.

Put into bat after Delhi skipper Zaheer Khan won the toss, Punjab lost their first wicket in the second over. It was Vohra, who escaped after Zaheer missed the catch but Murali Vijay (1) was run-out when he tried to steal a third run.

Marsh, who was playing after recovering from sickness, then joined Vohra and the duo tried to steady the ship as Punjab scored 23-1 in five overs. West Indies all-rounder Carlos Brathwaite was then introduced into the attack and Vohra decided to go after him, hitting three fours to amass 14 runs off the over.

Leg-spinner Amit Mishra was introduced into the attack and he straightaway struck with wicketkeeper Quinton de Kock disturbing the stumps when Marsh tried to dance down the pitch.

Skipper David Miller hit a boundary in the second ball he faced off Mishra but the leg-spinner had the last laugh when he had him trapped in front of wicket in his next over to reduce Punjab to 52-3 in 8.1 overs.

A lot was expected from Australia's Maxwell but his attempt to hit a maximum ended with Brathwaite taking an impressive catch at long off.

Mishra came back to haunt Kings XI when he completely foxed opener Vohra with another googly to dislodge his bails as Punjab lost half of their side in the 11th over. 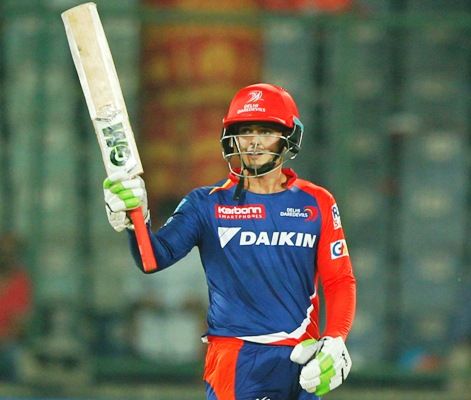 Chasing the target, Punjab were dealt an early blow in the third over when opener Shreyas Iyer (3) nicked one from Sandeep Sharma which was going down the leg side.

After Delhi could muster only 12 runs in four overs, Axar Patel was introduced into the attack and he created an opportunity but Murali Vijay squandered it when he failed to held on to a catch to dismiss de Kock at deep square leg.

De Kock added insult to the injury by blasting Patel for a four over point. The left-handed South African glided another through fine leg off Mitchell Johnson.

De Kock struck three more boundaries in the eighth over off Patel to bring up the fifty for Delhi. He first hit a reverse sweep and then punched one off the backfoot before playing another nice-looking sweep.

Samson joined de Kock and launched Pradeep Sahu over long-on in the ninth over for Delhi's first six of the match. He then smashed Mohit Sharma over his head for another boundary in the next over.

In the 12th over, de Kock went berserk as he blasted a couple of fours and a six off Mitchell Johnson to reach his fifty off 38 balls. The young South African hit the second ball straight down the ground and then pulled one through deep mid wicket before pulling another one over long leg boundary.

Samson too wanted to step up the gas and danced down the track in the 13th over looking for a big hit but he was foxed by Patel who disturbed his stumps. De Kock then blasted another four in the next over off Sahu before Pawan Negi came up with a slog-sweep over midwicket to end the agony of Punjab as Delhi reached to 113  for 3 in 13.3 overs. 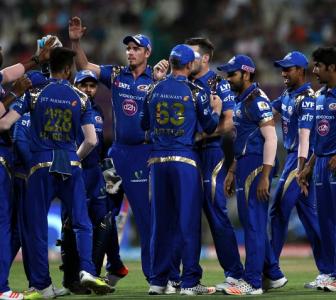 MI unaffected by change in venue, we can play anywhere, says Parthiv 'Kolkata is a strong team, we have to play our best to win' 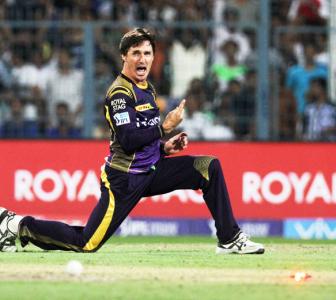 Playing Narine and Hogg together will be an option: Gambhir Don't judge Knight Riders on the basis of one match: Gambhir