The Indian Premier League match between Kolkata Knight Riders and Deccan Chargers at the Eden Gardens was abandoned without a ball being bowled after heavy rain, accompanied by thunderstorm, rendered the ground unplayable.

The squall, with a velocity of 50kmph, accompanied by heavy showers and lightning, hit the venue around 1945 IST and a makeshift bamboo structure at the western part of the stadium collapsed, resulting in injury to three spectators.

With the rain lasting more than an hour, the Eden Gardens resembled a pool of knee-deep water, as the groundsmen, aided by four supersoppers, tried their best to clear the water-logging.

Field umpires Billy Bowden and Vineet Kulkarni, accompanied by Match Referee Javagal Srinath, inspected the ground at 2215 IST, only to call off the match as there were pools of water near the boundaries and some seepage on the pitch.

Both the teams were awarded a point each, as a result of which the winless Deccan Chargers finally opened their account though they remained at the bottom of the league table.

The thunderstorm accompanied by lightning hit the stadium around the toss time and the groundsmen were pressed into action to cover the ground. There was no let up and the rain intensified.

The 20,000-odd spectators ran for cover, bringing back the memories of KKR's rain-affected IPL 5 opener, which they lost to Delhi Daredevils by five wickets, on April 5.

"It's unfortunate that weather beat us. We had to make the toughest decision to call off the match. The ground has taken a lot rain. After inspection we found out the outfield soggy. It's not safe for players with waterlogging in places," umpire Bowden said.

Cricket Association of Bengal announced a refund of money for the abandoned tie or the spectators can exchange their tickets for another IPL fixture.

"Purchased ticket holders can get refund in cash at the Mohammedan Sporting ground after May 7. The tickets can also be exchanged for any of the three upcoming fixtures of April 28 (versus Royal Challengers Bangalore), May 12 (vs Mumbai Indians) and May 14 (Chennai Super Kings) subject to availability," an announcement said.

A Met official said, "Thunderstorm with wind speeds of 40-50kmph hit the city. Rain or thundershower could occur in some areas towards in next 24 hours."

The heavy rain caused damage to the Eden Gardens as three spectators were injured after a makeshift Venue Operations Centre, made up of bamboo, collapsed on to the gallery.

Incidentally, the makeshift arrangement in the J-Block of the stadium in the western part, was erected ahead of the 2011 World Cup and was used to monitor the security arrangements by the police.

"Stadium medical services confirmed that three sustained minor injuries. They were rushed to the Calcutta Medical Research Institute. All the three have been discharged after examination," Dey said.

"Some small temporary structure were blown away by the storm and fell onto the chairs on the gallery. Stadium staff, emergency services responded quickly to lift the structure," he added. 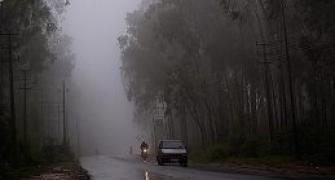 Monsoon forecast may be delayed
Who has most sixes in the IPL? Check out the stats 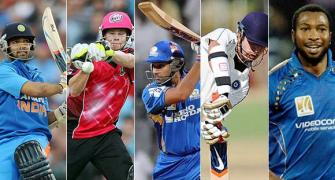 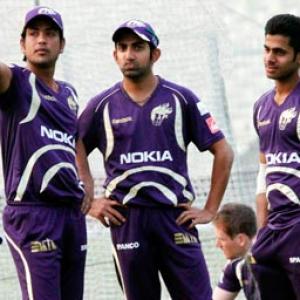