Rahane, Binny guide Rajasthan to a four-wicket win over Hyderabad

A patient half-century by Ajinkya Rahane and some disciplined bowling display helped Rajasthan Royal notch up a comfortable four-wicket win over Sunrisers Hyderabad in their IPL match in Abu Dhabi.

Rahane shared a 77-run fourth wicket partnership with Stuart Binny (48 not out) to rescue Rajasthan after they were precariously placed at 31-3 in 6.2 overs.

The 25-year-old Mumbaikar hit six boundaries in 59-run innings to anchor the chase as Rajasthan overhauled Hyderabad's score of 133-6 with three balls to spare at the Sheikh Zayed Stadium.

Chasing 134 to win, Rajasthan had a horrible start as they lost Abhishek Nayar (4), Sanju Samson (3) and skipper Shane Watson (3) cheaply.

While Dale Steyn (2/29) trapped opener Nayar infront of his wicket only in his third ball, Samson was sent packing by Bhuvneshwar Kumar (1/21) when the batsman's miscued shot was caught by Dhawan in the fourth over as Rajasthan could only score 30 in their powerplay overs.

In the next over, Ishant Sharma (1/29) had Watson caught behind by wicket-keeper Lokesh Rahul with an away going delivery as Rajasthan slumped to 31 for three.

Rahane dropped anchor and got an able ally in the form of Binny as Rajasthan started the resurrection of their innings. Though Rahane struggled with his timing throughout the game, Binny kept the run flow going with singles and doubles.

They brought up their 50-run partnership off 40 balls for the fourth wicket.

Looking for a wicket, Dhawan brought Steyn back into the attack but his first ball went to the boundary as Rahane brought up his hard-earned fifty off 46 balls. The 25-year-old then dispatched the next ball for another boundary.

Binny then brought up the 100 for Rajasthan with a couple of runs.

Needing 32 off 30 balls, Mishra and Steyn tried to bring Hyderabad back into the game as took three quick wickets between them.

In the final over requiring 8 runs for victory, James Faulkner blasted two fours in as many balls off Bhuvneshwar Kumar to take Rajasthan home.

Earlier, put into bat, Dhawan (38) and Warner (32) shared a 77-run stand off 64 balls to set the foundation but Hyderabad failed to accelerate in the second half of their innings to end up with a total of 133-6.

The Sunrisers lost their first wicket in opener Aaron Finch when he failed to failed to connect with a short and wide delivery from Kulkarni and ended up hitting it straight to Richardson at cover.

However, skipper Dhawan and Warner made sure there were no more hiccups as Hyderabad piled up 41 runs in the Powerplay overs. The duo were in no hurry as Hyderabad reached the first 50 runs in 8 overs.

Dhawan smashed the first six of the Hyderabad innings in the ninth over when he went down on his knees and smacked Tambe over the deep midwicket area.

However, Bhatia struck in his second over with his off-cutter as Dhawan looking for another slog sweep was holed out by Richardson at deep square leg as Hyderabad slipped to 77 for two in 11.3 overs.

Bhatia came back to dismiss Warner too in his next over as Hyderabad further slumped to 82-3. Looking to accelerate, Warner found Richarson in the deep midwicket.

Young Lokesh Rahul then blasted a four and a six in his 18-ball 20 to help Hyderabad cross the 100-run mark in 17th over.

But five balls later, Rahul hit a full toss delivery from Kulkarni to Ajinkya Rahane in the deep midwicket.

No. 6 batsman Y Venugopal Rao scored 16 off 12 balls to provide some momentum but Darren Sammy (6) and Karn Sharma (4) perished quickly as Hyderabad could score only 64 in last 10 overs. 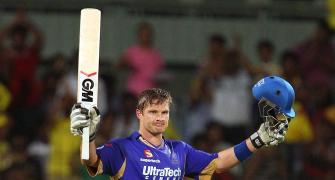 'It's going to be the most toughly and evenly fought IPL' 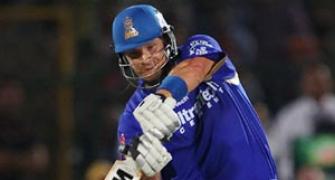 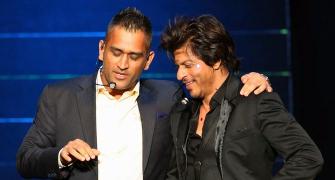 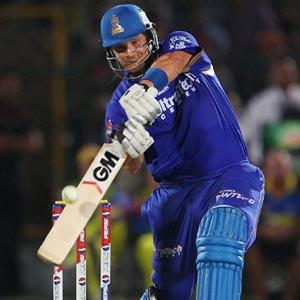 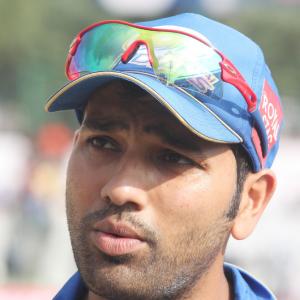