Kochi, Daredevils faceoff as they look for win

Shaken after two consecutive defeats, Kochi Tuskers Kerala would look to infuse some life to their IPL campaign when they clash with an equally shattered Delhi Daredevils in Kochi on Saturday.

Kochi were blown away by Deccan Chargers pacer Ishant Sharma in their last match on a 'lively' Nehru stadium track as they were skittled out for a meagre 74 and the confidence of their batsmen has taken a beating.

Before suffering the hammering at the hands of Chargers, Kochi batting had crumbled against Rajasthan in Jaipur as well when they were bowled out for just 109.

The hosts have to sort out their batting woes as another defeat would make it quite difficult for them to make it to the semi-finals.

A good thing for Kochi is that they are playing against a side which is struggling more than them. Delhi are languishing at the bottom of the points table having lost five of the seven matches so far.

Adding to that would be fatigue as last night only they lost to Kolkata Knight Riders and will have to take a long flight all the way from North to this Southern part of the country to reach for Sunday's clash.

It will be Delhi's fourth match in eight days while Kochi had two extra days in between for as many matches.

Delhi's worries are not just restricted to batting, their bowling has also looked without teeth. Barring a match or two they have not been able to stifle the rival batsmen.

Kochi bowlers on the other hand have done quite well and have played an important part in winning matches against formidable sides such as Chennai Super Kings and Kolkata Knight Riders.

Even in the defeat against Deccan Chargers, RP Singh and R Vinay Kumar had done well on the helpful track as they had restricted the rivals to 129 for seven.

They have been able to defend some small totals on the back of their bowlers. And the way Delhi are struggling they are again expected to do well.

How the track behaves on Sunday is to be seen as it proved to be a graveyard for the batsmen last time.

If Brendon McCullum could play the way he batted against Mumbai Indians along with his skipper Mahela Jayawardene, Kochi can chase down any target.

But the Kiwi has been unpredictable and yet again Kochi would rely on youngsters in the side such as Ravindra Jadeja and Parthiv Patel for a good show.

Delhi skipper Virender Sehwag seemed helpless when he said none of their plans is working and he made it clear that batting line-up may be zigzagged for future games.

It means that in-form Venugopal would again bat up the order and Naman Ojha will also be promoted. 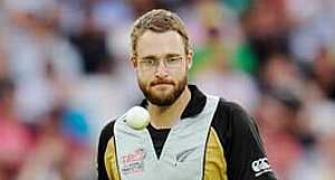 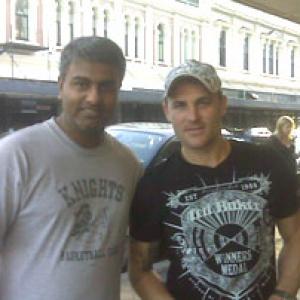