Royal Challengers Bangalore will not just have to address Sachin Tendulkar's unsatiated hunger for runs and Kieron Pollard's blistering powerplay, but will also have to be wary of Lasith Malinga's seering yorkers when they take on Mumbai Indians in the IPL match in Bangalore on Tuesday.

Although Mumbai's bowling armory is a trifle weak, they have a destructive bowler in Malinga who decimated Delhi Daredevil's batting might on Sunday at the Ferozeshah Kotla.

The Lankan pace-bowling spearhead returned with inspiring figures of 5 for 13, which was instrumental in bowling out Virender Sehwag's outfit for a niggardly 95. 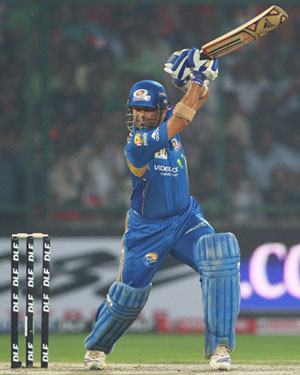 Malinga's fiery, toe-crushing yorkers would be something that the Royal Challengers (RCB) think-tank, chaired by Anil Kumble, would have discussed in detail during the team meeting.

If Malinga's yorkers can be dealt with, RCB will look to score their second successive win in the fourth edition of the tournament at the M Chinnaswamy stadium.

They had defeated Kochi Tuskers Kerala by six wickets last weekend in their opening match.

And it is expected to be an interesting battle on Tuesday between Sachin Tendulkar and pacer Zaheer Khan. They are good buddies and are fierce competitors, always striving to get on top of their opponents.

It will interesting to see how Zaheer, who has the uncanny ability to produce wickets when his team desperately needs a breakthrough, braces up against Tendulkar batting prowess.

Compared to Mumbai Indians, RCB have a balanced side with Zaheer, skipper Daniel Vettori and Dirk Nannes providing teeth and experience to the bowling.

AB de Villiers, who has been in sublime form since the World Cup, Tillakaratne Dilshan, a maverick who can turn the match on its head when in the mood, Virat Kohli, arguably one of the most talented young batsmen in world cricket, Saurabh Tiwary and young Mayank Agarwal lend depth to RCB's batting.

Tendulkar's wicket is one which RCB would want to get early in the innings. If the batting maestro drops anchor, they could well expect a late innings blizzard from the blades of Kieron Pollard. And if that happens, the RCB fans, already disillusioned that the local stars were overlooked for outside players, will not have much to cheer about. 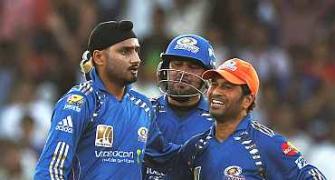 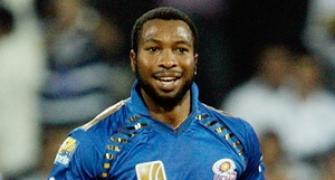 The Pollard(isation) of Mumbai Indians 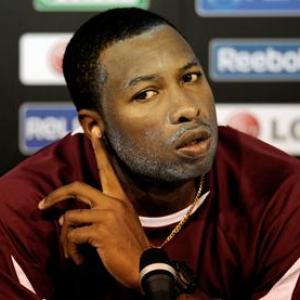