The Indian Premier League provides young cricketers a priceless opportunity to play with and against some of the world's best cricketers.

Every IPL season throws up young talents, some of whom have lived up to their potential and made it all the way to the top.

IPL Season 10 saw the likes of Rishabh Pant, Sanju Samson, Rahul Tripathi, Nitish Rana and Rashid Khan grab the spotlight. Let us check out what they did: 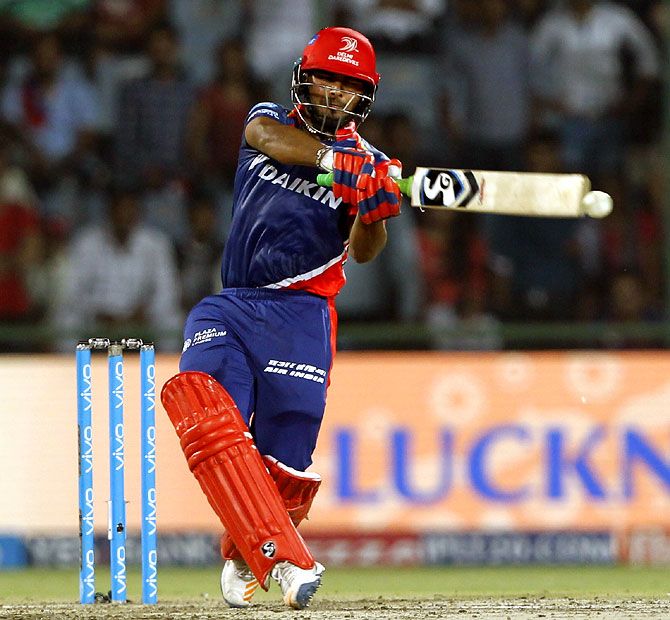 The Delhi youngster followed up a good season in domestic cricket with a superb show in IPL-10.

His amazing 97 from 43 balls for the Delhi Daredevils against the Gujarat Lions was rated by the great Sachin Tendulkar as one of the best innings he has seen in all 10 IPL seasons.

The 20 year old started off the IPL season with a personal tragedy -- his father passed away a couple of days before the first match.

After performing the last rites, Rishabh returned to play and top scored with a 36-ball 57 in his first game against the Royal Challengers Bangalore.

Though Delhi were beaten, the wicket-keeper batsman won everyone's hearts.

Rishabh was close to being selected for the ICC Champions Trophy, but the selectors kept faith with Mahendra Singh Dhoni.

He is a standby for the Champions Trophy, and it won't be long before we see him getting the national call.

Rishabh finished the IPL season with 366 runs from 14 games at a strike rate of 165. He also took eight catches and effected three stumpings. Rising Pune Supergiants' impressive turnaround in the second half of IPL 10 was made largely possible because of his batting.

With 353 runs in 10 games, the 26 year old is the only cricketer in IPL-10's top 10 batsmen to have not played international cricket.

His strike rate of 152 is second only to Robin Uthappa (167) in the top run getters, but ahead of big names like David Warner, Suresh Raina and Steve Smith.

Rahul played a memorable innings at the Eden Gardens when he destroyed the Kolkata Knight Riders' bowling attack enroute to 93 in 52 balls, laced with 9 fours and 7 sixes. Before the season began, few would have predicted that the best spinner in this year's IPL would come from a non-Test playing nation.

The first Afghan player to feature in an IPL game, Rashid is a darling of crowds everywhere.

The Sunrisers Hyderabad leg-spinner played a starring role in the do-or-die game against the Gujarat Lions where he took 3/34 to help his team progress to the play-offs.

The 18 year old finished fifth in the wicket-taking list in the league stages with 17 wickets in 13 games. He may have not found favour with the Delhi selectors, but Nitish proved his worth and more for the Mumbai Indians.

Dropped from the Delhi team for the Vijay Hazare Trophy before the IPL, the 23-year-old left-hander made the No 3 slot his own at Mumbai with three fifties in his first six knocks in IPL-10, including a 29-ball half-century against the Kolkata Knight Riders which saw Mumbai steal victory from the jaws of defeat.

He hit 53 against the Gujarat Lions and a quickfire 62 against the Kings XI Punjab helping his team chase down big totals in big games. It's been Sanju's season of resurrection.

His career nearly hit a roadblock after he was issued a showcause notice by the Kerala Cricket Association in December after he left the dressing room in the middle of a Ranji Trophy game.

After Sanju said sorry, he was let off and has since concentrated on getting his career back on track.

The 22 year old has been a revelation for the Delhi Daredevils, scoring 386 runs in 13 games, including a century and two fifties.

Opening the innings, he hit a smashing 61 from 31 balls as he helped Delhi chase down a massive 209 against the Gujarat Lions. 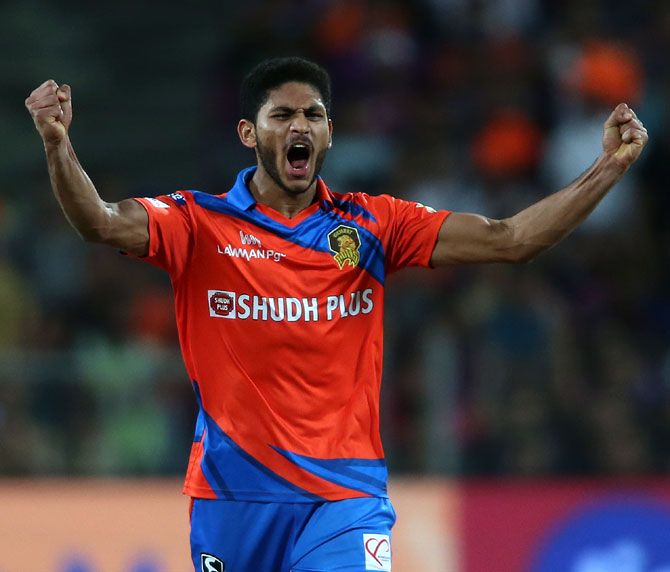 The 23-year-old Kerala fast bowler grabbed everyone's attention with his ability to bowl consistently at a good pace -- 140-plus kph.

Sending yorkers at will, Basil claimed some big scalps in his first IPL -- Virat Kohli, Chris Gayle, Mahendra Singh Dhoni among others.

The Gujarat Lions pacer was one of the net bowlers for the Indian team during the series against Australia earlier this year.

Basil was one bright spot in an otherwise disappointing Gujarat campaign, with 11 wickets in 12 games. After missing the first couple of games because of chickenpox, Shreyas made a quiet start before hitting an unbeaten half-century against the Sunrisers Hyderabad.

After failing to make most of the starts in the next few games, the 22 year old hit a stunning 96 in 57 balls, laced with 15 fours and two sixes, which helped the Delhi Daredevils win a thrilling run chase. Just 23, but Sandeep is an IPL veteran.

This is his fifth season and he continues to be a consistent performer in an inconsistent side.

His ability to swing the ball makes him a potent weapon, especially at the Kings XI Punjab's home ground in Mohali. Axar must consider himself unlucky not to make the Indian team for the Champions Trophy.

The 23-year-old all-rounder starred with both bat and ball for the Kings XI Punjab. 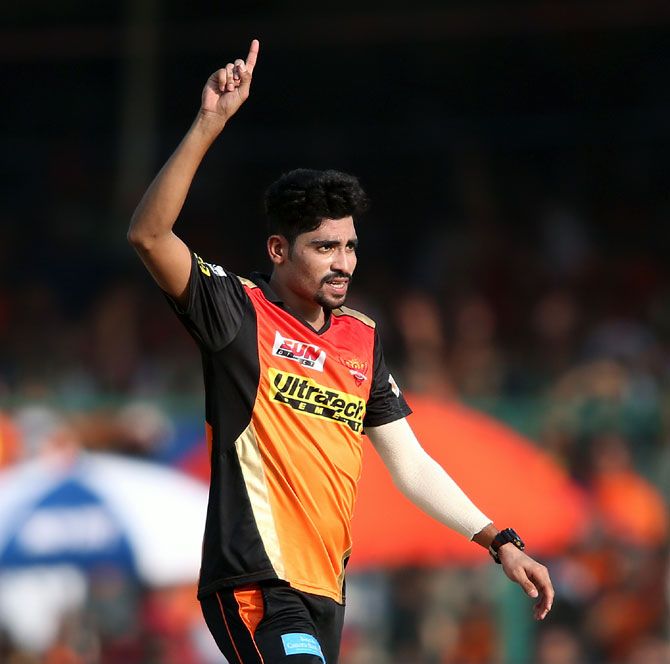 An autorickshaw driver's son, the 23-year-old Hyderabad fast bowler was picked for Rs 2.6 crore (Rs 26 million) by the Sunrisers Hyderabad at the IPL auction.

Siraj -- 10 wickets in six IPL games -- had a good domestic season, which saw him get picked for the Rest of India and India 'A' teams.

In a must-win game for the Sunrisers against the Gujarat Lions, Siraj came through with flying colours, taking 4/32 to win his first man of the match award and guide his team into the play-offs. 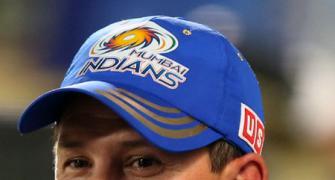 Check out the shock inclusion in Ponting's all-time IPL XI 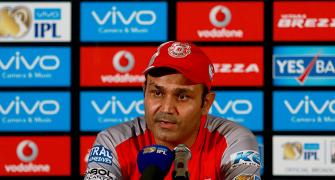 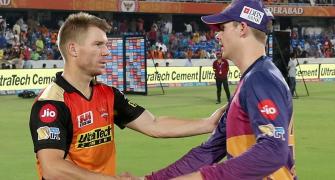 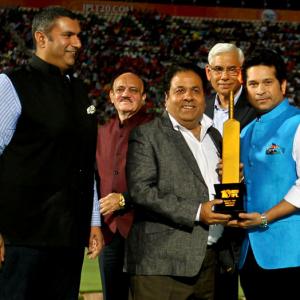 I never thought IPL would be so big: Tendulkar 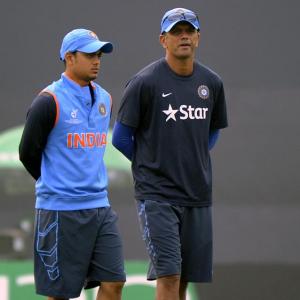