4 out of this 22 year old's 7 ODI hundreds have come against which country? Rajneesh Gupta has the numbers from the Rajkot ODI. South African opener Quinton de Kock provided the early flourish with his seventh century while fast bowler Morne Morkel applied the finishing touch with four wickets as South Africa beat India by 18 runs to take a 2-1 lead in the one-day series in Rajkot on Sunday, October 18.

De Kock, who is only 22, continued his purple patch in ODIs against India, scoring his fourth century in seven innings to set up South Africa's 270/7 in 50 overs.

Rajneesh Gupta presents some interesting numbers from the third ODI.

Please click on the boxes below and check out many interesting numbers! 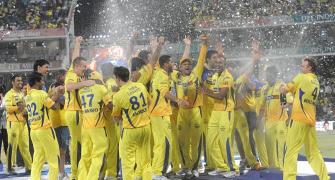 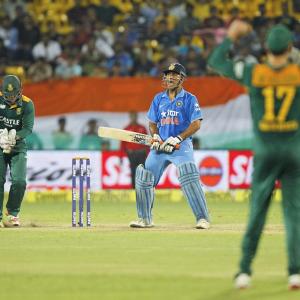 Find out why Dhoni's post-match media meet was disrupted...