Hardik Pandya put India in firm control on Day 2 at Galle.
Rajneesh Gupta presents the numbers from Day 2 of the first Test. 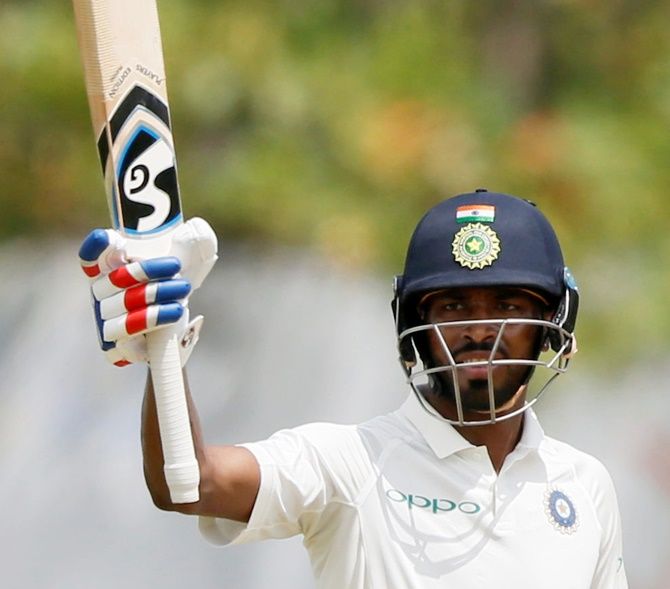 49 Number of balls taken by Hardik Pandya to race to his fifty -- the second fewest by any Indian batsman on Test debut after Yuvraj of Patiala who took 42 balls against England at Madras in 1933-1934.

4 Number of Indian batsman to have scored a fifty at number eight or lower while batting for the first time in a debut Test.
Hardik Pandya joined Deepak Shodhan, Balwinder Singh Sandhu, Dattu Phadkar and C D Gopinath.

6 Number of times a team has scored 600 or more runs in a Test innings in the last one year.
India alone have done so five times, while all other teams have a combined tally of one!

0 Number of times a team has lost a match after making 600 runs in the first innings of a Test.
The highest such total in a losing cause was 595/8 declared by Bangladesh against New Zealand at Wellington earlier this year.
India's highest such score is 424 against Australia at Bangalore in 1997-1998.

600 India's total -- the highest total by a visiting side in the first innings of a Test in Sri Lanka.

80 Number of consecutive innings Angelo Mathews has played without getting out for a duck.
Interestingly Mathews' last duck came in 2012 against Pakistan, also at Galle, which was a golden duck.
For Sri Lanka only Kumar Sangakkara has played more consecutive duck-less innings.

1 For the first time in a Test in Sri Lanka 350+ runs were scored on the first two days of a Test.

6/132 Nuwan Pradeep's figures -- the second best by any pacer at Galle after Mitchell Starc's 6/50 last year.

4 Number of bowlers who conceded 125 runs or more in the Indian innings -- only the fourth time this has happened in a Test innings. 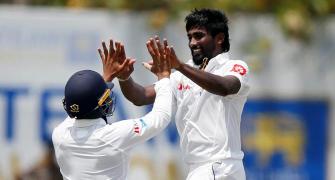 Pradeep over the moon after taking Kohli's wicket 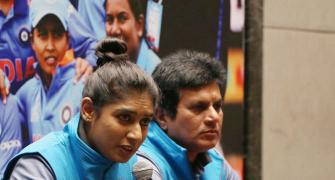 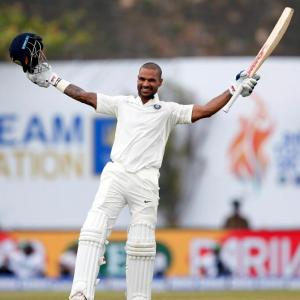 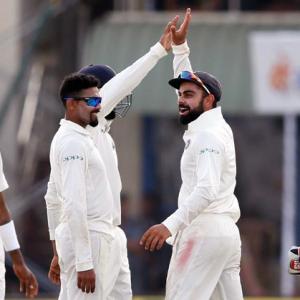