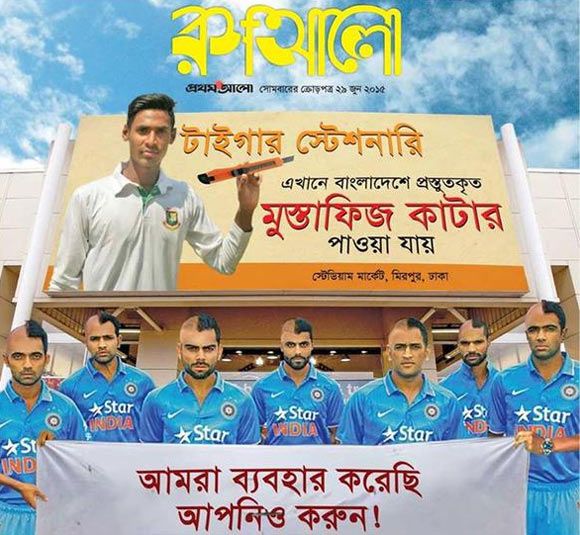 Showing utter disrespect towards the Indian cricket team, a Bangladeshi newspaper has produced a fake 'cutter' advertisement, in which seven Indian cricketers are seen standing with their heads half-shaven.

The ad, featured in Bangladeshi daily, ‘Prothom Alo’, has received severe backlash all over Twitter and other social networking sites.

Young Bangladeshi paceman Mustafizur Rahman, who tormented the Indian players in the recently-concluded One-Day series, is shown endorsing a cutter -- symbolising his off-cutters -- and the Indian players are holding a banner which reads, 'We have used it. You can use it too'.