Tiwary is a serious contender for a regular place in ODI team: Fletcher

Impressed with Manoj Tiwary's knock in the final ODI against Sri Lanka, Indian cricket team coach Duncan Fletcher says the middle-order batsman is a "serious contender" for a place in the One-day team.

Fletcher felt Tiwary, who made a fluent 65, has made best use of the opportunities.

"His temperament has shown that he is up to the big occasion, when pressure is on he has produced the results. He is a serious contender for a regular place in the one day side," Fletcher said. 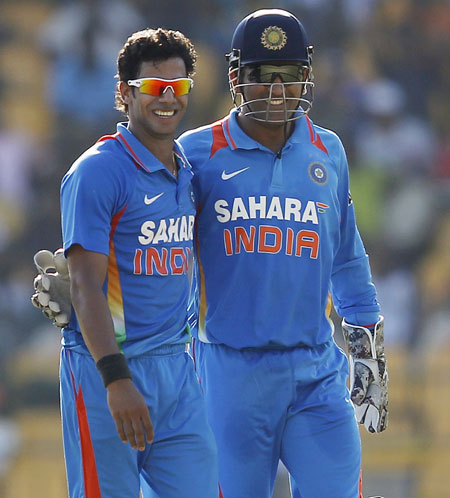 A series of defeats in England and Australia has marred his tenure as coach, and the 4-1 win over Sri Lanka is a much-needed one for Fletcher.

"It was a very good win after a long break. We were obviously gonna arrive here little bit unfit, we worked on fitness regime and played some good cricket.

"There is room for improvement. But I think we will be pretty pleased with the 4-1 result against Sri Lanka in Sri Lanka," Fletcher, who took over from Gary Kirsten at the end of the 2011 World Cup, told reporters after India's win last night.

Fletcher also lavished praised on the in-form Virat Kohli, who was named the Man of the Series.

"The good thing about him is that he is continuing with his good form," he said.

On all-rounder Irfan Pathan, who was adjudged the Man of the Match in the final ODI for picking up five wickets, Fletcher said, "He is very professional on and off the field. He has got the results that he deserves."

Fletcher said there were moments in the series when Sri Lanka appeared to gain momentum.

"We got ourselves in to the situation of making sure that we maintain our concentration levels," the India coach said.