Watson to captain Australia, Clarke out with injury

Shane Watson will captain Australia in the fourth and final Test against India in Delhi on Friday after Michael Clarke was withdrawn from the match following a back injury. 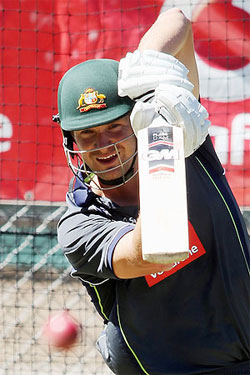 Australia’s team physiotherapist Alex Kountouris said Clarke will retire to Sydney, where he will undergo a series of scans and further treatment.

"Michael injured his lower back during the third Test. Whilst there has been some slow improvement, he is still well short of full function so was unable to train and will not be available to play the fourth Test.

“The plan is for Michael to return to Sydney as soon as possible to have a series of scans and we will monitor his progress over the coming days before deciding on the best course of action.

“We will be taking the opportunity to investigate and manage his ongoing hamstring injury that has been intermittently troubling him since the Australian summer. A decision on his return to cricket will be made once we have evaluated the scans and considered the possible management options," Kountouris said.

Interestingly, Watson was dropped from the team for the third Test after breaching team discipline, after which he flew back to Australia for the birth of his first child.

The all-rounder said captaincy role, wicketkeeper Matthew Wade was named as his deputy. it is an honour to be appointed captain.

“It's obviously very disappointing that Michael hasn’t come up, his batting and leadership will certainly be sorely missed, but I’m looking forward to the challenge and responsibility over the next five days," he said.

While Watson takes over the

He also missed the last match because of injury. Haddin called in as cover for Matthew Wade Clarke should quit as a selector immediately: Benaud 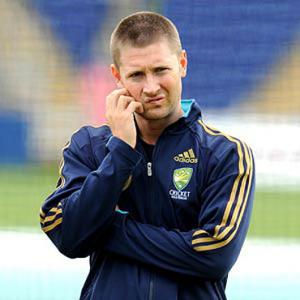