# Mahendra Sisngh Dhoni became the second Indian wicketkeeper to effect five dismissals in an innings against South Africa. Nayan Mongia had accomplished the feat in the 1996-97 Durban Test.

# Dhoni has now effected five dismissals or more in an innings four times -- once each against Australia, South Africa, New Zealand and Bangladesh.

# Dhoni is the first captain/wicket keeper in the history of Test cricket to effect five dismissals or more in an innings three times -- once each against New Zealand, Bangladesh and South Africa. Alec Stewart and Adam Gilchrist had achieved the distinction twice.

# With his second century in the rubber, Jacques Kallis took his runs' tally to 389 at an average of 129.66 -- his best ever in a Test series against India.

# Kallis' brilliant 161 is his 20th Test century in South Africa. He thus became only the fourth batsman to post 20 or more hundreds at home, joining Sachin Tendulkar (22), Matthew Hayden (21) and Ricky Ponting (21).

# Kallis is averaging 70.52 at Newlands, Cape Town, aggregating 1763, including seven centuries and eight fifties, in 18 Tests, extending his records for run-aggregate and hundreds.

# Gautam Gambhir (65 not out) has recorded his third fifty against South Africa -- his 15th in Tests.

# Gambhir, for the first time, has registered two successive fifties against South Africa. He had made 80 in the second innings at Centurion.

# Rahul Dravid was run out for the 13th time in Test Cricket -- a tally exceeded only by Ricky Ponting (14).

# Mark Boucher has posted his first duck against India -- his 17th in Tests. Only Makhaya Ntini (21) has recorded more ducks for South Africa in Tests.

# Tendulkar has been involved in 82 century stands  a tally exceeded only by Rahul Dravid (85).

# Jacques Kallis, with his outstanding 161 off 291 balls at Newlands, Cape Town, has emulated Ricky Ponting's tally of 39 Test centuries. Only Sachin Tendulkar has posted more Test hundreds (50) than Kallis and Ponting.

# Kallis' aforesaid innings is his highest at Newlands, Cape Town, eclipsing the 149 against England in January 2005.

# Kallis' tally of twelve innings of 150 or more is a record for South Africa in Tests.

# Kallis has established a record for South Africa against India at Newlands. Brian McMillan had made an unbeaten 103 in January 1997 and Gary Kirsten 103 in the same Test match.

# Kallis' innings is the sixth highest by a South African at this venue - only two players have recorded double hundreds - 228 by Herschelle Gibbs against Pakistan in January 2003 and 209 by Graeme Pollock against Australia in December 1966/January 1967.

# Kallis, with his aforesaid century, has equalled Hashim Amla's tally of five centuries against India. Sachin Tendulkar is the only batsman to register six hundreds in India-South Africa Tests

# Cheteshwar Pujara is the first Indian fielder to take three catches in an innings in South Africa.

# Gautam Gambhir and Sachin Tendulkar were associated in an unbroken stand of 114 -- India's first century stand for the third wicket in South Africa, bettering the 84 between Sourav Ganguly and Rahul Dravid at Cape Town in January 2007.

# Sreesanth is the first Indian bowler to take five wickets in an innings at Newlands, Cape Town. He surpassed Javagal Srinath's figures of 4 for 33 in January 1993. 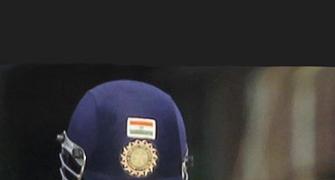 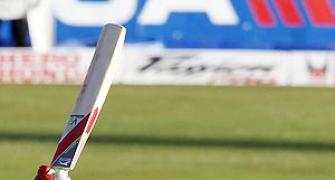 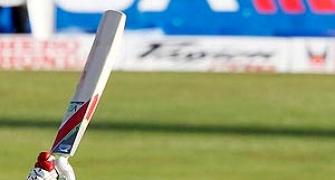