India grouped alongside West Indies for U-19 World Cup

Former champions India have been grouped with West Indies, Zimbabwe and Papua New Guinea (PNG) for the preliminary stage of the ICC Under-19 World Cup to be held next year in Australia.

The event will get underway in Queensland exactly one year from Thursday and Scotland will be there as the leading Associate after winning eight of its nine matches during the qualifiers, which took place in Dublin and Derry.

Defending champions and hosts Australia will head Group A having been drawn alongside 1998 winner England, Nepal and Ireland.

Group B is made up of the last event's runner-up and two-time winners Pakistan, including New Zealand, Scotland and Afghanistan while 2000 and 2008 champion India has been drawn in Group C along with West Indies, Zimbabwe and PNG.

ICC Chief Executive Haroon Lorgat said: "The ICC U-19 Cricket World Cup is a very important tournament for us and I want to congratulate those six teams who have qualified to take part in Queensland next year."

"This tournament has proved to be an important stepping stone for elite young cricketers aspiring to play international cricket. It's an opportunity for them to develop and test their skills in a high-pressure situation against the world's best at this level," he added. 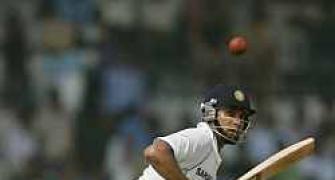