News
Business
Movies
Sports
Cricket
Get Ahead
Money Tips
Shopping
Sign in  |  Create a Rediffmail account
Rediff.com  » Cricket » England must beat India 2-0 or 3-1 to be No 1 Test side

England will claim the number one in the Reliance ICC Test Championship if it beats India by at least two Tests in the upcoming four-match series.

Although currently third on the table, Andrew Strauss's team will leap above South Africa and India and take pole position if it finishes the series 3-1 or 2-0, or better.

This will add extra masala to a series that is already highly-anticipated.

The first Test, which starts at Lord's on July 21, will be the 2,000th in the history of the game, and the 100th between England and India.

With a full house and a huge global television viewership expected, the enduring qualities of the pinnacle format of cricket will be highlighted, more than 134 years since the first Test was staged.

According to the latest table, following the annual update, England will lead the table by three ratings points if it wins the series by two clear matches.

In that scenario, India will hold on to second place, with South Africa slipping to third.

If the home team sweeps the series 4-0, India will drop to third place.

A 1-0 or 2-1 series win for England will put its rating level with India's, but India will still be top by a fraction of a point.

A drawn series (0-0, 1-1 or 2-2) will ensure India stays six points clear at the top, but with England edging ahead of South Africa into second position.

An India series win will see it stretch its lead at the top of the table, leaving England lying in third place.

The update, whereby older results are dropped or have their weightings reduced, has led to no changes in the rankings but India's lead over South Africa is trimmed from nine points to seven points. SA is not scheduled to play Test cricket until November when it hosts Australia.

The most dramatic change coming from the update is Australia's loss of seven ratings points (from 107 to 100). Although Michael Clarke's men remain fifth, they are now eight points adrift of Sri Lanka in fourth place. The reason for this significant drop is the exclusion of a number of fine results Australia enjoyed in the season 2007-08, when it won all three of its series (against Sri Lanka, India and the West Indies).

2 England 121 (behind by a fraction of a ratings point) 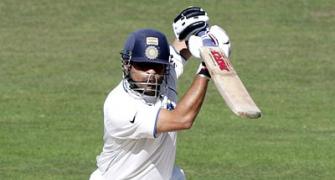 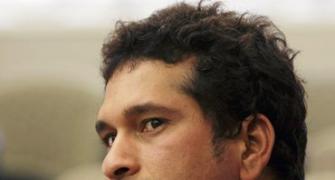 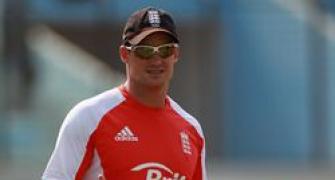 'India series up there with the Ashes' 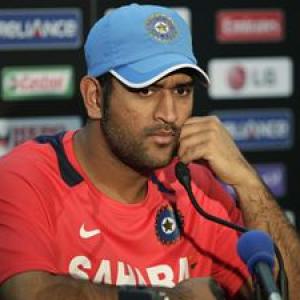 MS Dhoni in dilemma ahead of Lord's Test