Dhoni fans to vote in large numbers for ICC award

Team India captain Mahendra Singh Dhoni's home town fans are all set to cast vote for their favourite star in large numbers to boost his chances in the ICC's People's Choice Award.

"I have inquired with my friends about the online voting system. I will vote for my former rival teammate Dhoni," said Ajay Kumar, who had represented Youth Sporting as all-rounder and played against Railways and Commando Club represented by Dhoni in 1996-97 Ranchi cricket league.

"I hope Dhoni would win the award for India for the second straight year after Sachin Tendulkar got the inaugural award last year. My family members will vote for Dhoni," said Chanchal Bhattacharya, who used to be the coach of Commando Club when Dhoni was with the team.

Stating that Dhoni's parents had called on him on June 6, Bhattacharya said their family members were happy to learn about Dhoni being nominated among the five players vying for the coveted award.

"Winning the World Cup and his innovative game plans will see through Dhoni on the top of the chart," said former Bihar captain Adil Hussain.

"All our former teammates are getting in touch to vote for our former star teammate," Hussain, under whom Dhoni played in the Sheeshmahal Trophy from Central Coalfield of India, added.

Fans can log on to www.lgpeopleschoice.com to pick their choice till August 25 and the winner's name will be announced on September 12. 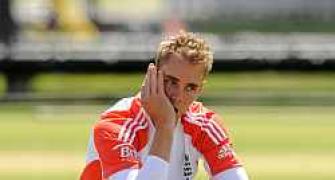 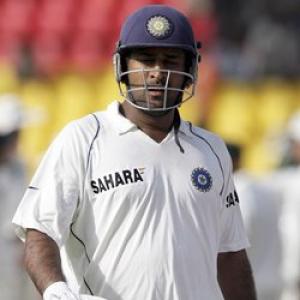 Dhoni 'out' due to wrong replay: ICC