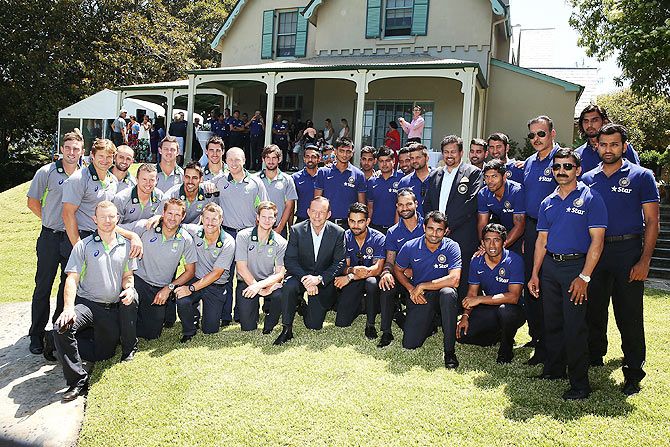 Australian Prime Minister, Tony Abbott poses for a photo with the Indian and Australian Test Cricket teams during their visit at Kirribilli House in Sydney on Thursday. Photograph: Brendon Thorne/Getty Images

The touring Indian cricketers were hosted by Australian Prime Minister Tony Abbott for an afternoon tea at his official residence on the New Year's Day in Sydney on Thursday.

The Australian team was also invited for the special afternoon with the first family.

Players from both sides posed for the official photo session with Abbott at Kirribilli House, his second official residence.

Dressed in their casual Team India T-Shirts and trousers, the players were photographed with Abbott with the BCCI posting the pictures on its Twitter handle. 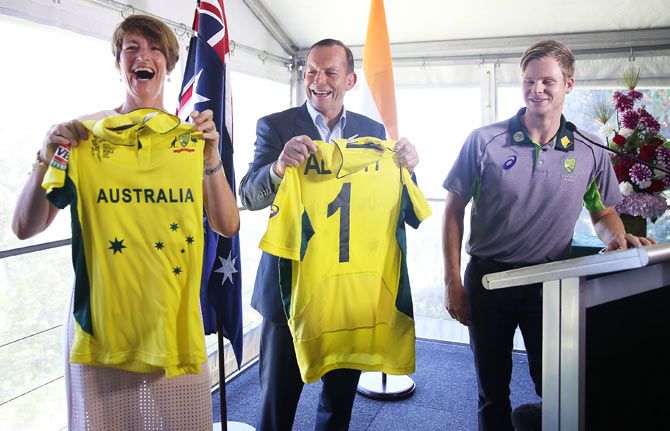 "The Indian cricket team was hosted for afternoon tea by Australian Prime Minister Tony Abbott on the first day of the new year, on Thursday," the BCCI said.

There was another photograph of the newly-appointed Indian captain Virat Kohli, his Australian counterpart Steven Smith and Abbott.

Mahendra Singh Dhoni -- who retired from Tests after the Melbourne match -- was not seen in any of the photos posted.

It remains unclear whether he attended the event or not.

India and Australia play their fourth and final Test in Sydney from January 6. 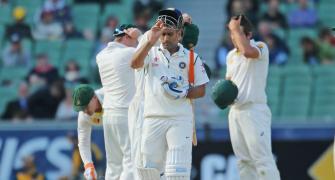 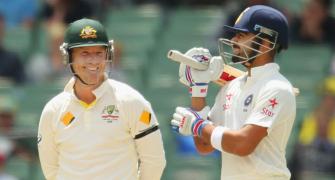 We haven't even started with Virat Kohli yet: Aus coach Lehmann 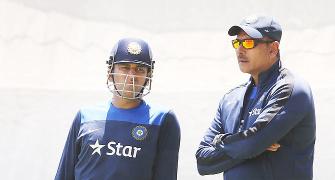 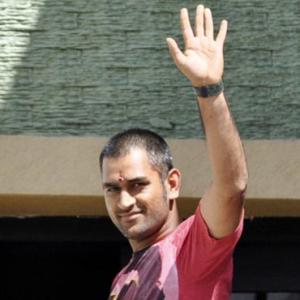 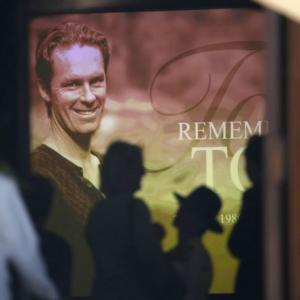