News
Business
Movies
Sports
Cricket
Get Ahead
Money Tips
Shopping
Sign in  |  Create a Rediffmail account
Rediff.com  » Cricket » 'In this World Cup, you can almost predict the top eight teams' Having been a part of three World Cup campaigns, former India cricket captain Rahul Dravid said that the current format of the 50-over showpiece event, starting mid February in Australia and New Zealand, is too predictable and should be improved upon.

"Don't really like it. Reason is you can almost predict who the top eight teams are going to be. There comes a time in the tournament, and I sensed it in India in the last World Cup. I wasn't playing, I was just watching. Everyone starts to wait for the quarterfinals, because you know that those are the three big games.

"The best formats for me would be the two World Cups I played in 1999 and 2003. They had the group stage, then the super six then you went on the play a semifinal and a final. You had to play well through the tournament. It gave you bit of a chance to recover," Dravid said in a video chat show on
ESPNcricinfo titled Contenders, which also features former South African skipper Graeme Smith.

"The one in 2007, I didn't like particularly well myself. Wonder why? (Haha) But I think it gave you a chance to come back. The intention was right, get the best eight teams playing each other but sometimes if you started badly, you couldn't recover," he added. Known as the The Wall of Indian cricket, Dravid exemplified the No.3 spot in the batting order and scored runs in Test and ODI cricket despite sticking to the copybook style. Now an astute analyst, Dravid believes teams' should put their best men at the top of the batting chart.

"Yeah definitely would be looking at batsmen that are not going to get nicked off early. You still want attacking batsmen, you still want guys who can play your shots even against faster bowlers, if the wickets have pace and bounce and you want batsmen that have good strong back foot game and I think that's going to be important with the two new balls as well.

"Those are the kind of guys you want to push up in front and then maybe have your power hitters and your finishers at the back end of an innings," said Dravid.

'Some rules do make it very difficult for the bowlers' Always a keen student of the game, Dravid opines that spinners will have a role to play in the upcoming World Cup.

"Seeing some of the wickets in the Test series, those are the grounds we are going to be playing the World Cup in as well, they've been really slow wickets, and the spinners have come into play for those wickets. So you're just going to have to balance it out.

"There can be conditions where spinners might not have such a big impact in a particular game, but you might go to Adelaide or Sydney and you'll see it's a lot dryer," said Dravid.

Dravid, who scored 10,889 runs in 344 ODIs for India, said some of the new rules have been too harsh on the bowlers.

"Some of them are good ones, but some of them do make it very difficult for the bowlers. These rules have been on for a while now, they don't impact scores in countries like Australia and New Zealand as they have done in sub continental conditions.

'It's very hard to play a part time bowler' The effect of reverse swing is reduced when you have two new balls that only last for 25 overs, but I don't think it would be a huge impact in Australia because with the two new balls, the fast bowlers will get that level of assistance up front so that should benefit them, then the grounds are going to be bigger as well, so it's not going to be that easy to clear the ropes," he said.

"For example: When you have 5 fielders in the ring, it's very hard to play a part time bowler, you are forced to play 5 specialist bowlers and for a country like India, that for a long time managed.

"I mean for the last World Cup, it was Yuvraj Singh bowling 10 overs every single game. That allowed them that advantage. It's going to be hard to do that," he added. 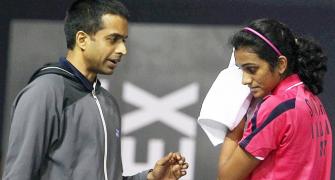 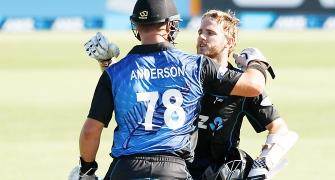 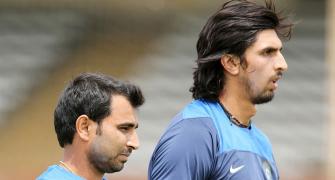 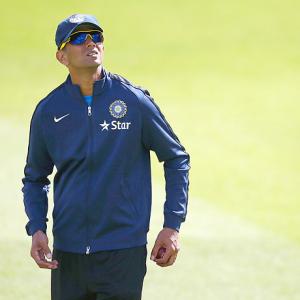 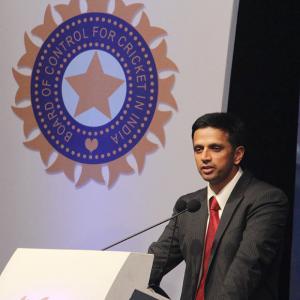